Preparations underway as major Hurricane Matthew moves through the Caribbean

Since forming early last week near Barbados, Hurricane Matthew has moved into the Caribbean Sea and has strengthened to a dangerous Category 4 hurricane. As of the most recent advisory from the National Hurricane Center (NHC Advisory #23), the system is located about 225 miles southwest of Port-Au-Prince, Haiti, with maximum sustained winds at 140 miles per hour. Matthew is expected to continue moving northward, bringing the center of the hurricane near southwestern Haiti Monday night (local time), near eastern Cuba late Tuesday, and near or over portions of the southeastern and central Bahamas Tuesday night and Wednesday.

Hurricane Matthew is forecast to produce dangerous storm surge and large, destructive waves as it moves through the Caribbean, the combination of which could raise water levels by as much as 7 to 10 feet along the south coast of Haiti and 3 to 5 feet at the Gulf of Gonave.

In Jamaica, the Office of Disaster Preparedness and Emergency Management (ODPEM) has announced the closure of all Ministries, Departments, and Agencies until after the passage of Hurricane Matthew. As of Monday morning (local time), all essential services remain open and ready to respond. Matthew is expected to bring heavy rainfall across the island, especially over the eastern parishes, that can produce extensive flooding and trigger dangerous landslides. According to the Jamaica Meteorological Service, the parishes of St. Mary, Portland, St. Thomas, Kingston, St. Andrew, and St. Catherine should experience strong winds as Matthew moves closer to Jamaica, with higher elevations expected to experience tropical storm conditions.

A Hurricane Warning remains in effect for Jamaica and Haiti, as well as the provinces of Guantanamo, Santiago de Cuba, Holguin, Granma, and Las Tunas in Cuba, and the southeastern and central islands of The Bahamas, including the Inaguas, Mayaguana, Acklins, Crooked Island, Long Cay, Ragged Island, Long Island, Exuma, Rum Cay, San Salvador, and Cat Island.

A Hurricane Watch is in effect for the province of Camaguey in Cuba, Turks and Caicos Islands, and the northwest islands of The Bahamas, including the Abacos, Andros Island, the Berry Islands, Bimini, Eleuthera, Grand Bahama Island, and New Providence.

PDC continues to closely monitor Hurricane Matthew as it approaches Jamaica and Haiti, and will provide decision support and situational awareness products for the duration of the event. If you are an emergency manager or humanitarian assistance practitioner and would like access to PDC’s Emergency Operations (EMOPS) platform, click here for more information. 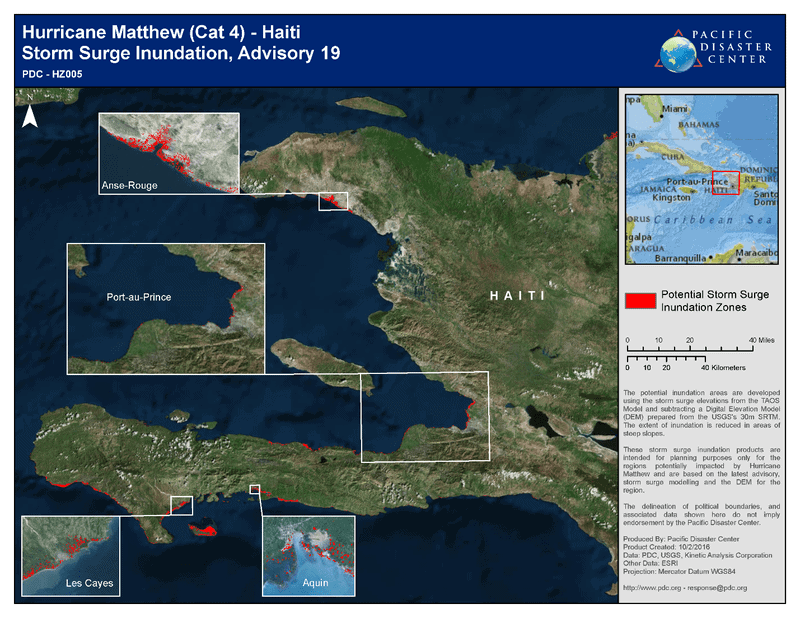 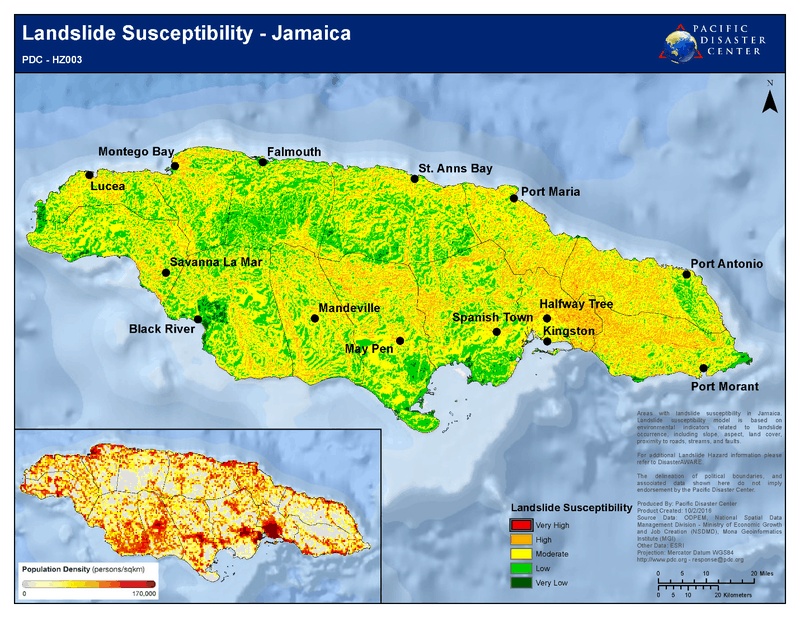 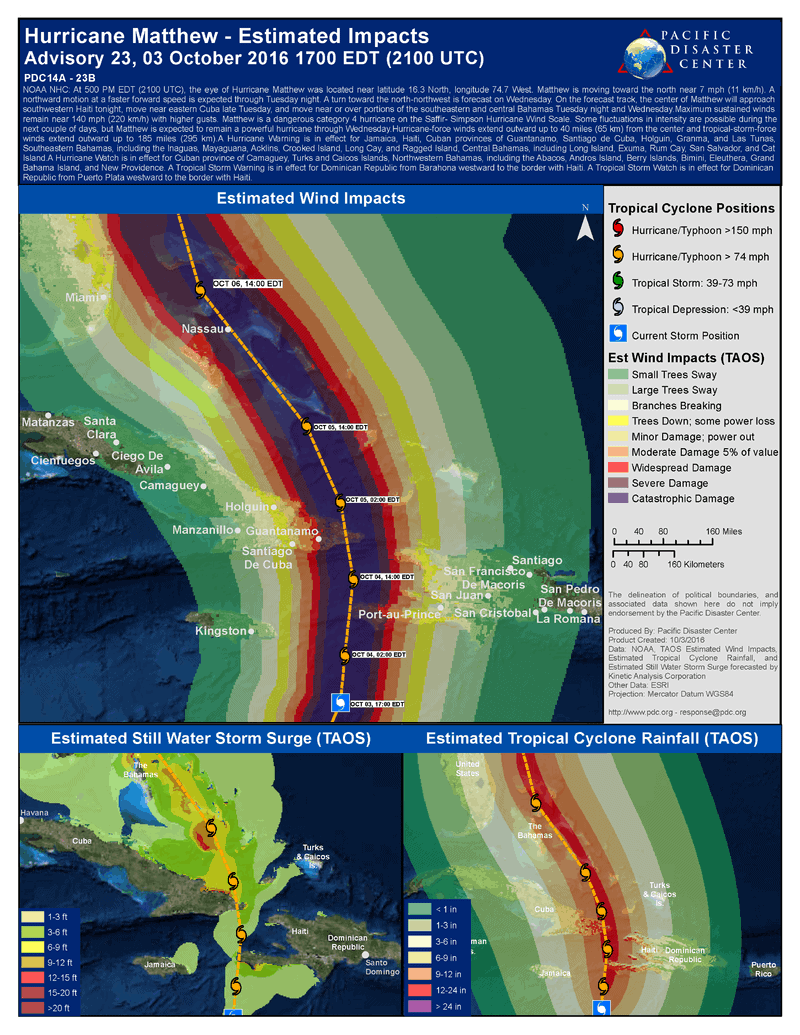