Typhoon Wutip, the South China Sea’s tenth tropical storm this year, made landfall over central Vietnam on Monday, September 30. Even as the typhoon approached central Vietnam, area residents were lashed with rough seas, heavy rainfall, and strong winds. Vietnam’s national Disaster Management Center (DMC) and the Central Committee for Flood and Storm Control (CCFSC) reported widespread destruction. According to China’s Xinhua News Agency, a total of 74 people have been confirmed missing after three fishing boats sank in the South China Sea on Sunday, September 29, and as of Monday, 14 survivors have been rescued. News reports indicate that Vietnamese fishing boats have also been lost at sea, but details are not yet clear.

As Typhoon Wutip developed and progressed towards Vietnam, Pacific Disaster Center (PDC) produced and provided the Government of Vietnam with decision support and situational awareness products in the form of maps depicting estimated impacts from tropical cyclonic wind, rainfall, and still-water storm surge.  These were incorporated within VinAWARE, the Government of Vietnam’s customized version of DisasterAWARE. Information products were also provided directly to, and used by Vietnam’s Disaster Management Center (DMC) which supports CCFSC, as well as to the U.S. Agency for International Development (USAID) to inform the U.S. Government response to this disaster.

Wutip formed as a tropical depression in the South China Sea on September 26 and steadily intensified into a typhoon as it moved west into warmer waters. As Wutip progressed inland, it began to rapidly dissipate, but still packed sustained winds of 80 knots (92 mph), with gusts to near 100 knots (115mph). While it was downgraded to a tropical depression after making landfall, it is expected to worsen flooding in Thailand, Laos and Cambodia caused by seasonal monsoon rains.

The Vietnam Red Cross Society (VNRC), with support from the International Federation of the Red Cross and Red Crescent Societies (IFRC) requested a Disaster Relief Emergency Fund allocation to support the national society in conducting emergency needs assessments in the aftermath of Typhoon Wutip.

For more information on Typhoon Wutip:
• Visit Xinhua news agency,
• Read an overview in Relief Web, and
• Find out how the Red Cross is providing assistance.

Learn more about the FEW Project with these resources:
• A description of the first use of the VinAWARE decision support system,
• Special training in the use of PDC’s DisasterAWARE was conducted in Vietnam ,
• News of PDC commitment to DM in Vietnam,
• A stakeholder meeting for FEW2 Project,
• The launch of the USAID-supported FEW2 Project,
• Visitors came to PDC as part of the Flood Early Warning Phase One project,
• The first Flood Early Warning Project launched in 2009,
• Read more about Vietnam’s MARD Disaster Management Center, and
• An article about the DMC Director’s visit to PDC. 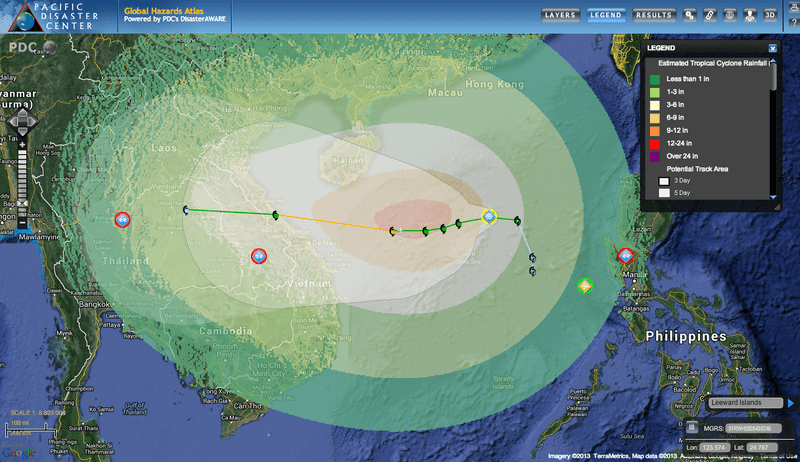 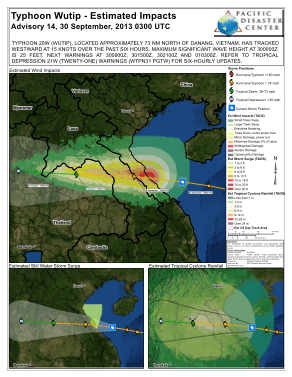