With sustained winds of 56 knots (65 mph), Karen is forecast to remain a tropical storm for the next 24 hours before being upgraded to a hurricane in the next 36 hours. Due to vertical wind shear and current drier-than-normal air in the Gulf of Mexico, the NHC does not expect the storm to become significantly stronger, and in fact, Karen is expected to weaken as it approaches the Gulf Coast. A National Hurricane Center Public Advisory issued at 1 p.m. CDT on Friday says that land areas are expected to experience both tropical storm conditions and hurricane conditions on Saturday and that the combination of tide and storm surge will cause some coastal flooding ranging from one or two feet in most areas up to as much as five feet in depth. The more severe flooding is expected from the mouth of the Mississippi River to Mobile Bay. The heaviest rain from Karen is to be expected near and to the right of the storm’s path, meaning on the southerly and eastern edges of the track. (NHC) Rainfall is generally expected to be in the three-to-six inch range with isolated areas experiencing as much as ten inches.

The next NHC advisory on Karen will be issued at 4 p.m. CDT.

PDC will continue to monitor this event and provide updates through its products and services throughout the event’s duration. Use the Global Hazards Atlas to be kept up-to-date. 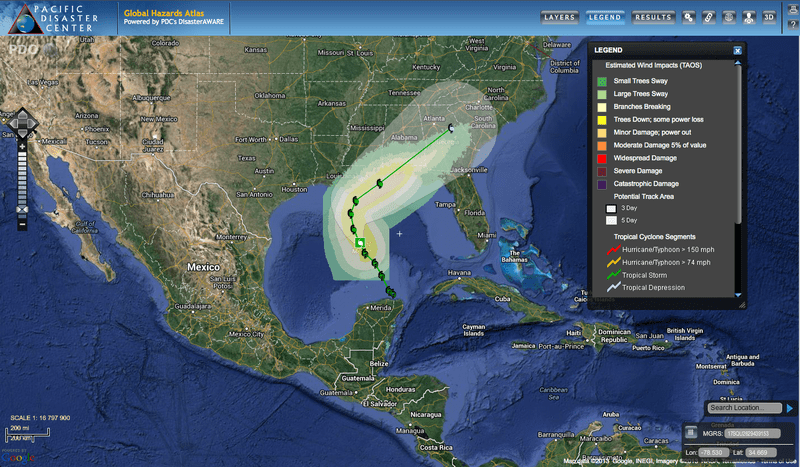