Moving north in the Philippine Sea, Tropical Storm Fitow is forecast to become a typhoon over the next three or four days, with peak winds reaching 100 knots (115 mph) and gusts up to 125 knots (144 mph). The storm system is expected to generate rough seas and bring high surf, strong and gusty winds, and heavy rainfall in southern portions of Japan and Korea, along with the potential for flooding.

As Tropical Storm Fitow strengthens, residents on Japan’s Ryukyu Islands and ships at sea are being advised to closely monitor the storm system.

Meanwhile, Tropical Storm Sepat remains active in the northwestern Pacific, located southeast of  Japan. With winds of 35 knots (40 mph), and gusts near 45 knots (51 mph), Sepat is expected to weaken to a tropical depression before dissipating later this week. 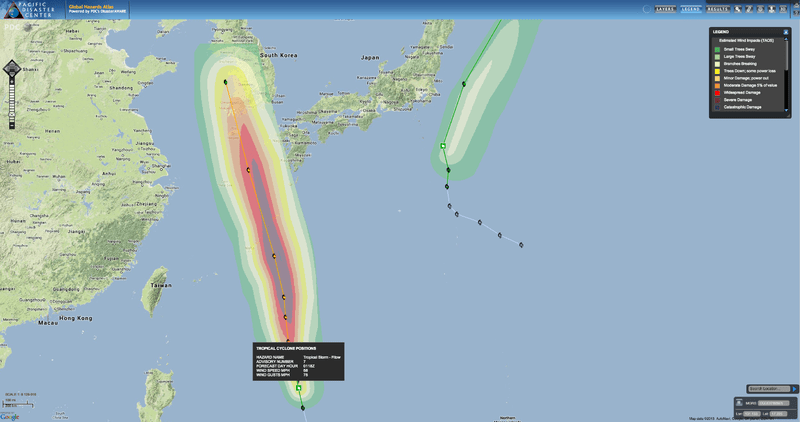