The most powerful typhoon of 2013 so far, Super Typhoon Usagi, is estimated to impact millions of people. Usagi is passing between the northern Philippines and the southern tip of Taiwan with maximum sustained winds up to 130 knots (149mph). The super typhoon is heading towards Hong Kong and nearby residents can expect high winds, heavy rainfall, rough seas, and storm surge as it completes its trajectory.

People are being advised to seek shelter from the storm. Warnings have been issued for Taiwan, especially for southeastern and southwestern areas, where exposure is expected to be the most dangerous. In the northern provinces of the Philippines, watches and warnings include flash flooding, heavy rains, landslides, and storm surge. Usagi is forecasted to weaken before it makes landfall in China on Sunday. However, the China Meteorological Administration (CMA) has issued an orange alert.

Last month, Typhoon Utor caused significant damage, displaced populations, and resulting in loss of life as the storm struck China and the Philippines. Warm waters in the South China Sea strengthened the tropical cyclone before it made landfall. Precipitation was carried well inland, spreading heavy rains over northern Vietnam. 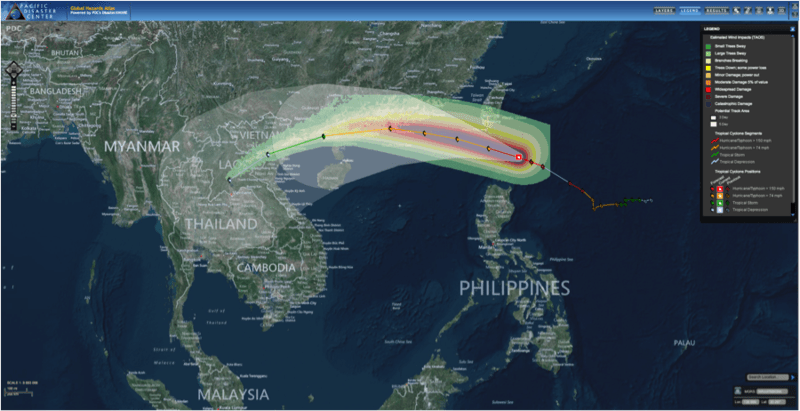