Disaster management officials and representatives from across partner organizations gathered in Nay Pyi Taw, Myanmar, on March 12 for the formal launch of a project between the Government of the Union of Myanmar (GoUM), Pacific Disaster Center (PDC), and the ASEAN Coordinating Centre for Humanitarian Assistance on disaster management (AHA Centre). The project, titled “Building Disaster Monitoring and Early Warning Capacity” and funded by USAID/OFDA, will help increase national disaster resilience and risk reduction capacities within Myanmar by leveraging AHA Centre’s Disaster Monitoring and Response System (DMRS), powered by DisasterAWARE.

“Myanmar has been using DMRS for the past several years, along with other ASEAN Member States, allowing us to see the power of DisasterAWARE firsthand,” said Myanmar’s Director General of the Department of Meteorology and Hydrology, Dr. Kyaw Moe Oo.  He said that adapting and institutionalizing the system as a national platform within Myanmar will allow even better coordination between GoUM agencies and within the country’s disaster management community to help reduce loss of life and property in the disaster-prone country.

AHA Centre Executive Director Ms. Adelina Kamal proceeded to describe the promise of the project. She said that if successful, the project would serve as an ideal model for other ASEAN member states and demonstrate the potential for similar applications by organizations outside the region. “We are very excited to see DMRS being used as both a regional and national application within ASEAN. We greatly appreciate the financial support provided by USAID/OFDA and the technical assistance provided by PDC to make this happen.”

Encouraging all in attendance to remain diligent, USAID/OFDA Regional Advisor Mr. Brian Heidel said, “We are happy to be here at the official project kick-off and encourage your continued active participation throughout the project. You will get out of it what you put in. Thus, it is important for each of you to stay engaged throughout the entire 24-month project.”

PDC’s long-standing relationship with OFDA and the AHA Centre continues to result in new opportunities to save lives and reduce losses throughout the Asia Pacific region. PDC’s Deputy Executive Director, Mr. Chris Chiesa reflected on PDC’s newest endeavor with the Government of Myanmar, saying, “I’m encouraged to see the enthusiasm for our project. Our longtime partners, OFDA and AHA Centre, have played a critical role in bringing the project to this point. We are really happy to begin this two-year project with our new and existing partners in Myanmar and within the ASEAN region.”

Following the kick-off meeting, the PDC team spent the remainder of the week conducting agency interviews with key stakeholders as part of an effort to develop a “Concept of Operations” for the use of DMRS by GoUM and its partners. A draft of the CONOPS will be shared with project participants in the coming months. 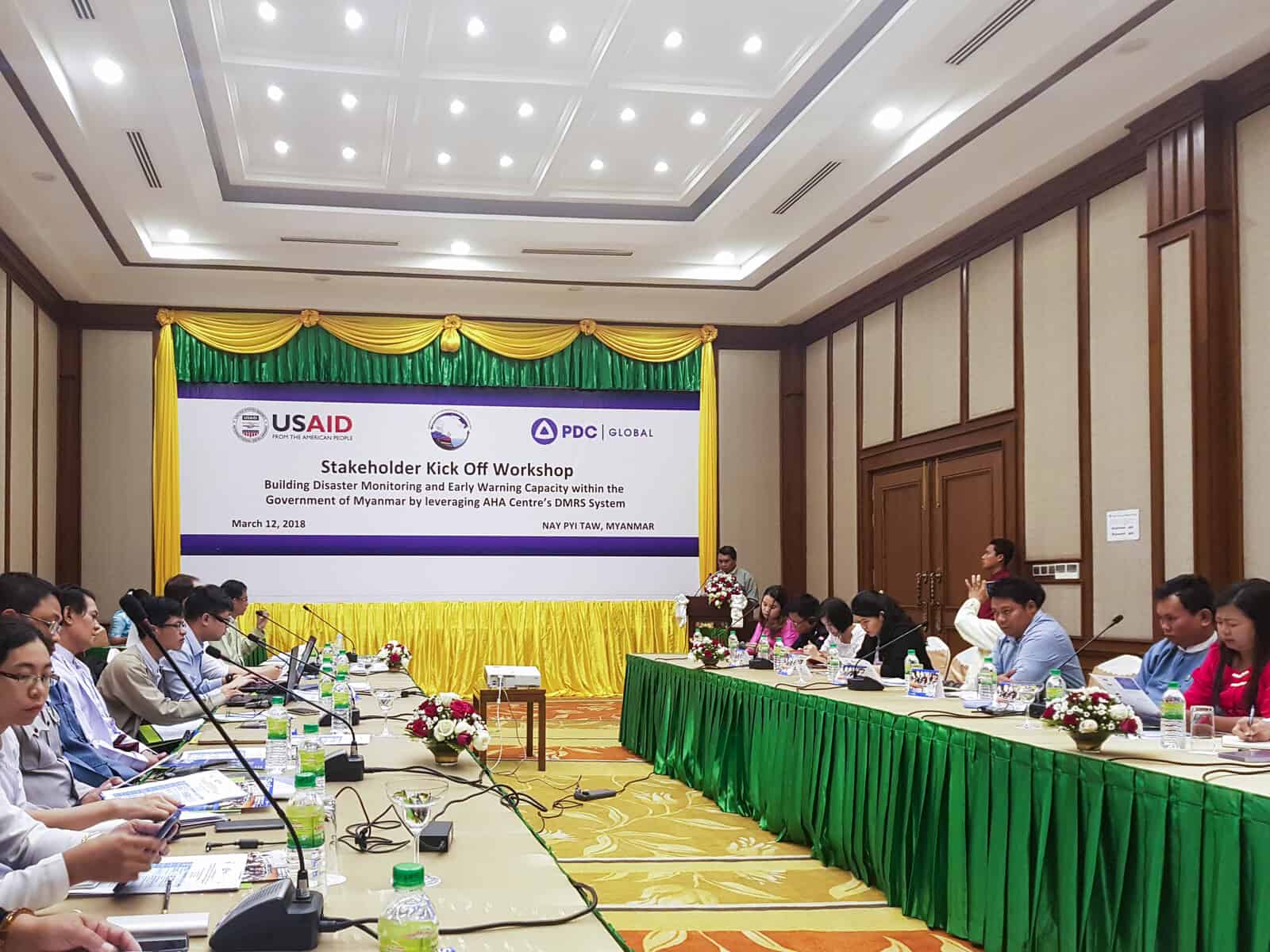 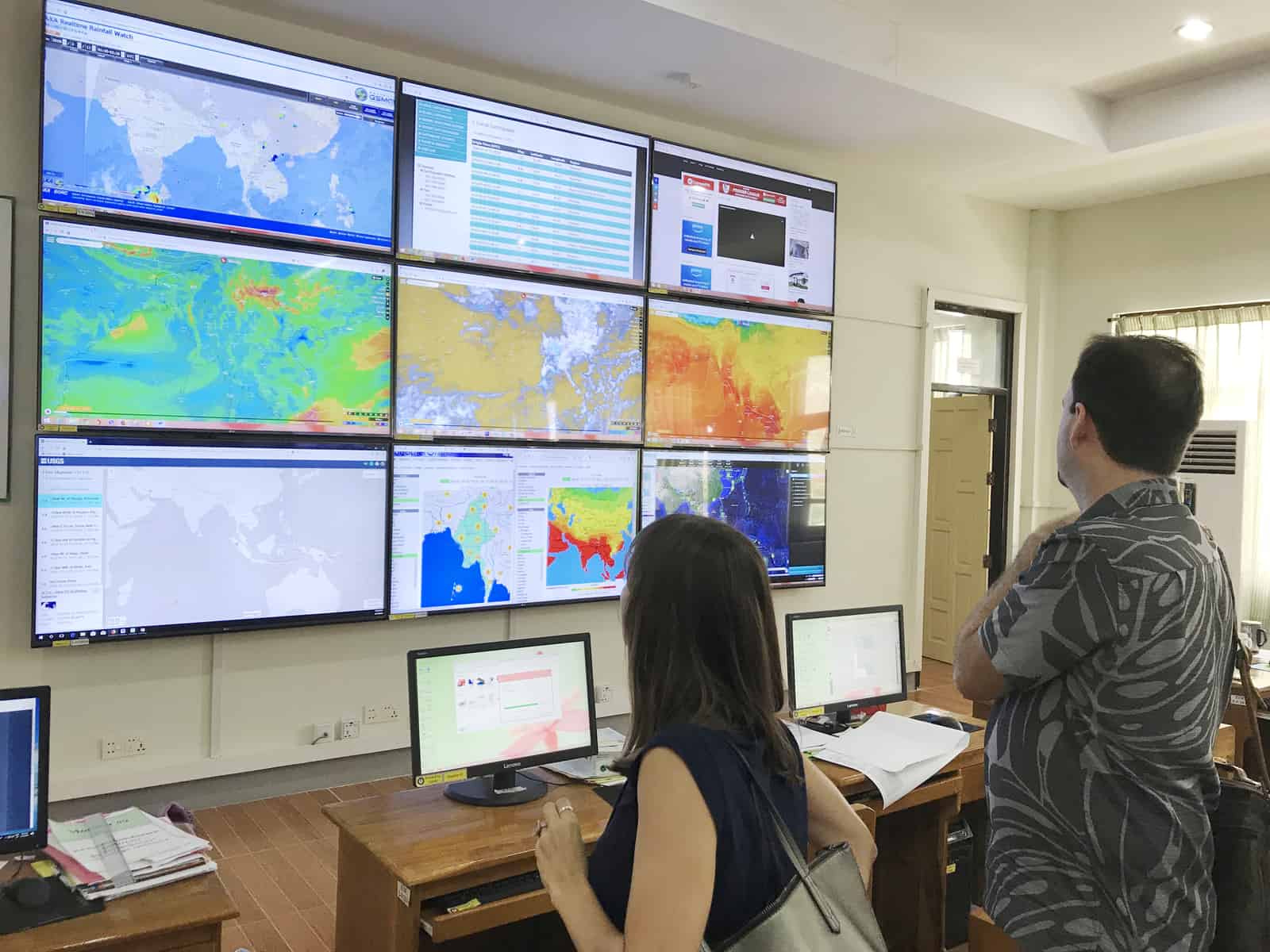