PDC-Nicaragua partnership applauded by US Ambassador

Home to six million residents and a burgeoning tourism industry, Nicaragua is one of the most hazard-prone countries in the world with 19 active volcanoes, frequent earthquakes, tropical cyclones, floods, and landslides. To help curb the threats hidden within the country’s picturesque landscape, the Government of Nicaragua and Pacific Disaster Center (PDC)—an internationally recognized applied science center managed by the University of Hawai‘i—have just completed a National Disaster Preparedness Baseline Assessment (NDPBA).

“Natural disasters have the potential to cause tremendous suffering and perpetuate generations of social inequality and economic instability, especially for resource-limited economies,” said Ambassador to Nicaragua, Laura Dogu. “This assessment and the partnership between PDC and Nicaragua to reduce disaster risk should be recognized as an international model of cooperation that achieves numerous priorities of the United Nations’ Sendai Framework for Disaster Risk Reduction.”

Results from the year-long collaborative project were presented during the NDPBA final workshop on August 11, 2017, which garnered attendance from not only Ambassador Laura Dogu, but government officials, first responders, academics, and humanitarian assistance agencies. The Nicaragua-PDC partnership is an extension of the many successful initiatives already undertaken by the nation to reduce disaster risk, including daily radio disaster awareness campaigns led by the nation’s first lady, drafting of national and community disaster preparedness plans, and the integration of disaster management priorities into the country’s legal framework.

According to Dr. Erin Hughey, Director of Disaster Services at PDC, Nicaragua’s holistic approach to disaster planning represents a culture of preparedness that is exemplary for the region and the world. She said, “The scientific work completed in partnership with Nicaragua builds upon the country’s successes by providing centralized access to critical risk information as well as the evaluation tools necessary to support comprehensive disaster management efforts.”

“Following our successful collaboration in response to the simultaneous Hurricane Otto and earthquake event in November 2016, SINAPRED is very excited to be partnering with PDC on yet another successful project,” said SINAPRED Co-Director, Dr. Guillermo González. “We are eager to use the information provided through the NDPBA to develop new strategies that reach our most vulnerable populations with preparedness and early warning information.”

Completion of the NDPBA project represents only the beginning of the fruitful relationship between the two partners to create an even safer Nicaragua for residents and tourists alike. Using the same stakeholder-driven approach, PDC and national leaders in Nicaragua are already planning new projects to build national capacity, as well as looking ahead to new opportunities for regional collaboration between nations. 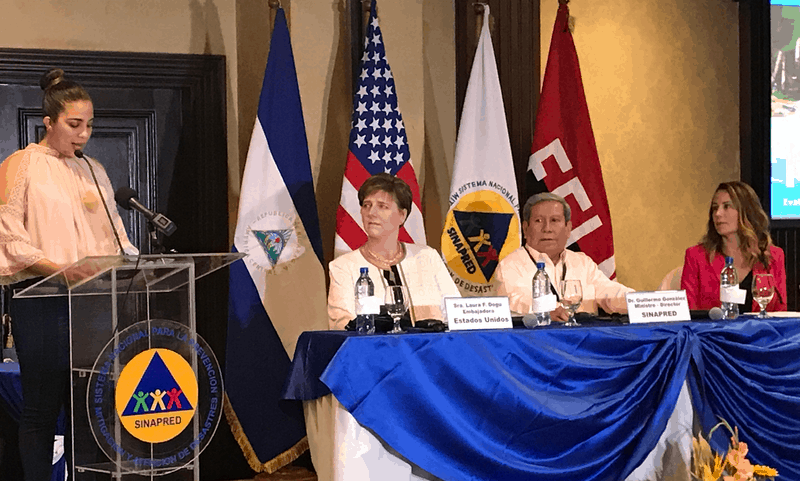