Known for extreme flooding, Paraguay is defined by its life-giving, and often life-threatening river system Río Paraguay. The country is also affected by a range of other major hazards including devastating forest fires, extreme droughts, torrential rains, and severe storms that have been exacerbated in recent years by phenomenon such as El Niño and climate change. As a result of the marked increase in frequency and severity of hazards and their impact to vulnerable urban and agricultural communities for more than a decade, Paraguay has been actively involved in the development of solutions to these pressing issues—not only within its own country, but regionally and globally.

According to Joaquin Roa, Minister of SEN, Paraguay has enthusiastically embraced the U.N. Sendai Framework for Disaster Risk Reduction, expressing that it was the first nation to issue a presidential decree to incorporate its goals and priorities into national policies and procedures. Among the many advancements listed, he said, “The partnership with PDC is simply a continuation of the great work we have done in Paraguay, especially most recently to create the 2018 National Atlas of Disaster Risk and our National Plan for the Implementation of the Sendai Framework.” He continued, “Through this NDPBA project, we hope to further operationalize and expand upon risk information so it can be easily utilized in daily decision making among multiple ministries and organizations. This will help guide strategic investments, planning, and actions to strengthen preparedness and prevention within each of our 17 departments.”

During the event, Ambassador McClenny remarked on the project, saying, “Nations around the world are suffering record losses from extreme weather events. For a country like Paraguay, where a large portion of the population is exposed to life-threatening and costly hazards, this can have long-term destabilizing effects on social and economic systems,” He said, “The partnership between PDC and Paraguay to advance the nation’s disaster risk reduction goals under the Sendai Framework—using proven, scientific methods—is a forward-looking step that will ensure the people of Paraguay and its national economic interests are protected for years to come.”

The assessment will examine exposure to a variety of hazards, as well as vulnerability, coping capacity, and disaster management capacity both at the national and subnational level. Throughout the process, PDC will help standardize and normalize information gathered and provide all information, including assessment results, back to national stakeholders in tabular, geospatial, and interactive format through PDC’s web-based DisasterAWARE platform.

“PDC’s specialization in evidence-based tools, scientific modeling, and technology grew out of our own need to mitigate risk and vulnerability at home in Hawaii. As one of the most populated and remote island chains in the world, we continuously face threats from the most extreme hazards including volcanic eruptions, earthquakes, tropical cyclones, wildfires, flash flooding, and tsunamis,” said PDC’s Director of Global Operations Dr. Erin Hughey. She said this experience, along with PDC’s collaborative approach to data sharing and continuous information integration throughout the project, is what sets PDC apart.

NDPBA Risk Analyst and Project Manager Cassie Stelow described another benefit of PDC’s model, “It fully supports implementation of the Sendai Framework for Disaster Risk Reduction through the methodology used. It also creates a sustainable system for risk information to be understood, accessed, updated, and applied over time.” She said PDC’s assessment takes things a step further by contextualizing risk assessment results in order to help identify meaningful actions and investments in disaster management that can help reduce risk and fill capacity gaps. 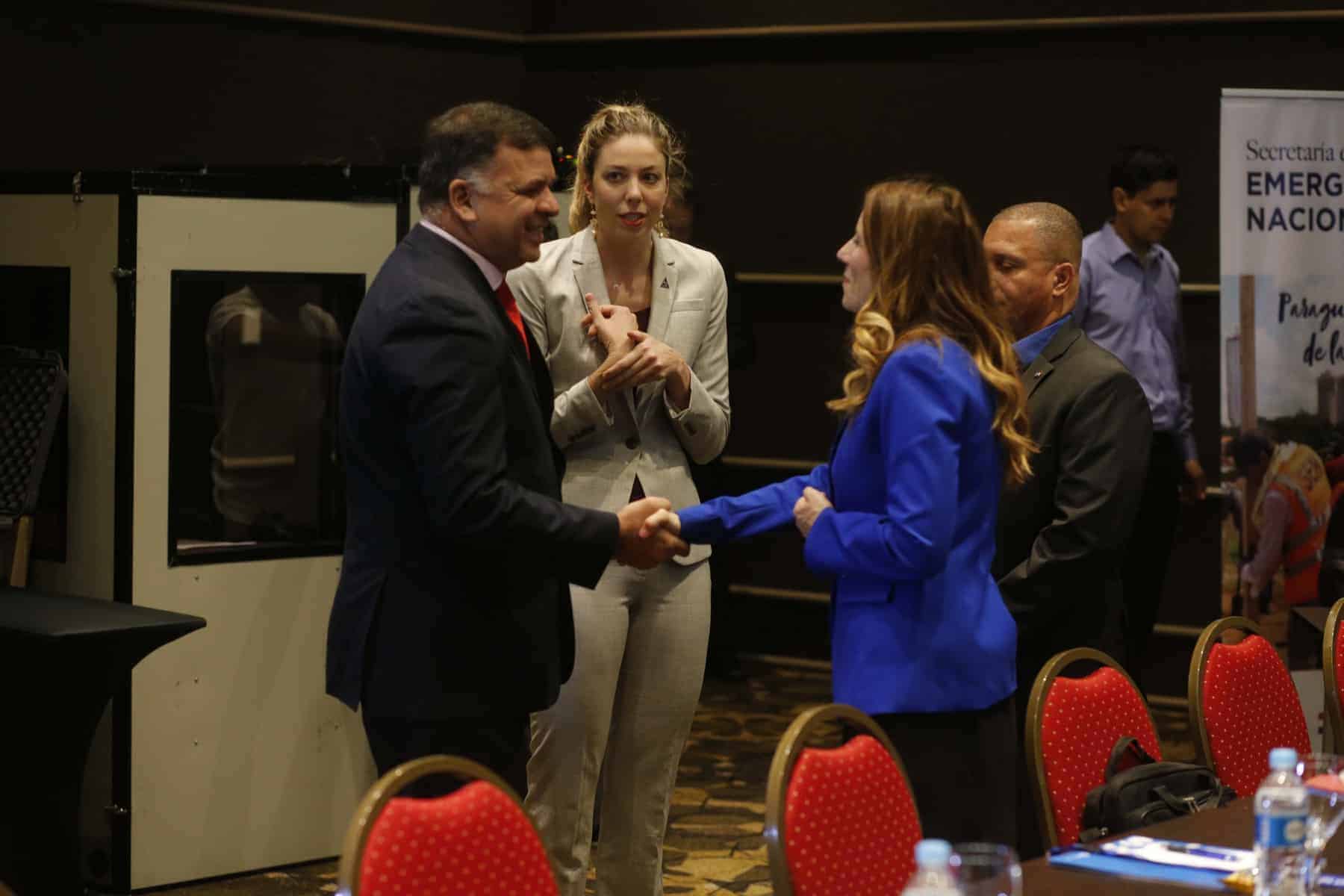