A new international network, or constellation, of eight satellites will provide unprecedented global observations of precipitation from space. The historic breakthroughs behind this achievement belong in large part to the Tropical Rainfall Measuring Mission (TRMM), a joint National Aeronautics and Space Administration (NASA) and Japan Aerospace Exploration Agency (JAXA) satellite launched in 1997 that has advanced precipitation science across the globe.

Expanding on TRMM measurements, NASA is preparing to launch the Global Precipitation Measurement (GPM) instrument in February 2014. In conjunction with the University of Maryland (UMD), NASA organized the 2013 Global Precipitation Measurement Applications Workshop, which took place on November 12 and 13 at the NOAA Center for Weather and Climate Prediction in College Park, Maryland. The goals of the two-day event were 1) to update the earth-science and weather-applications communities on TRMM and GPM, 2) to broaden the discussion to address a range of current and future applications of satellite data, and 3) to collect feedback from users on NASA data products and data access.

A broad range of United States Government agencies attended the Workshop, including representatives from National Oceanic and Atmospheric Administration (NOAA), U.S. Geological Survey (USGS), the Federal Emergency Management Agency (FEMA), the U.S. Department of Agriculture (USDA), the Department of Defense (DoD), and the U.S. Agency for International Development (USAID). In addition, various universities and private sector companies participated in the workshop. This event is meant to be the first in a series of workshops on this mission to keep the community informed about how GPM is performing and how resulting data are being used.

For more information on this event:
• Visit the GPM Applications Workshop event site,
• Find more informaiton from workshop presentations, and
• Read more about the TRMM and GPM missions. 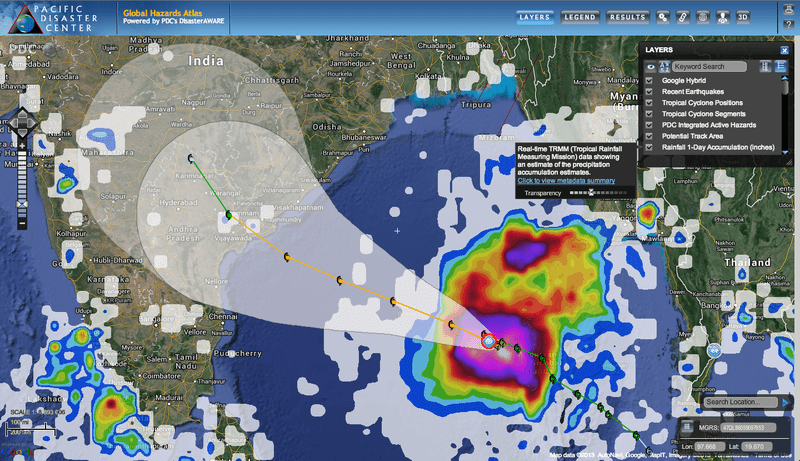