The InAWARE system, a customized-version of PDC’s DisasterAWARE platform—funded by USAID OFDA—was used by BNPB Head of Data, Information, and Public Relations Dr. Sutopo Purwo Nugroho during a press conference on Sunday, November 26, 2017. “We ask people in the danger zone to evacuate immediately because there’s a potential for a bigger eruption. Most important is always to follow our instructions and to keep calm,” said Dr. Sutopo. He added, “Bali’s airport has indeed been closed. We’re still coordinating the next steps.”

Working together with Pacific Disaster Center (PDC), an applied research center managed by the University of Hawai‘i, BNPB is also leveraging the Center’s new modeling capabilities to help forecast and visualize the movement of volcanic ash. Specialized products such as this are helpful for coordinating next steps as tens of thousands of passengers remain stranded and local residents from surrounding communities retreat to safety.

PDC and BNPB have been partnering since 2012 to integrate critical information into a single decision support platform and to develop and exercise necessary skills and procedures needed during major hazards,” said PDC’s Deputy Executive Director Chris Chiesa. “InAWARE provides a visual interface for Indonesia’s disaster managers to gain a detailed understanding of population exposure to volcanic ash threats – as well as secondary hazards such as volcanic mud flows from seasonal rain – posed by Mount Agung,” said Chiesa. He emphasized that these capabilities greatly aid decision makers in responding quickly and effectively as well as for planning ahead for future hazards.

According to Gede Suantika, an official at the volcanology and geological disaster mitigation agency, the recent eruptions of ash are possibly just the beginning. He said, “The activity of Mount Agung has entered the magmatic eruption phase. It is still spewing ash at the moment but we need to monitor and be cautious over the possibility of a strong, explosive eruption.” Indonesia’s local authorities and experts will continue to work together to monitor the situation, and PDC will continue to assist and provide analytical products to aid preparedness and response efforts as this very dangerous event continues to unfold.

Read more about PDC’s partnership with Indonesia on InAWARE: 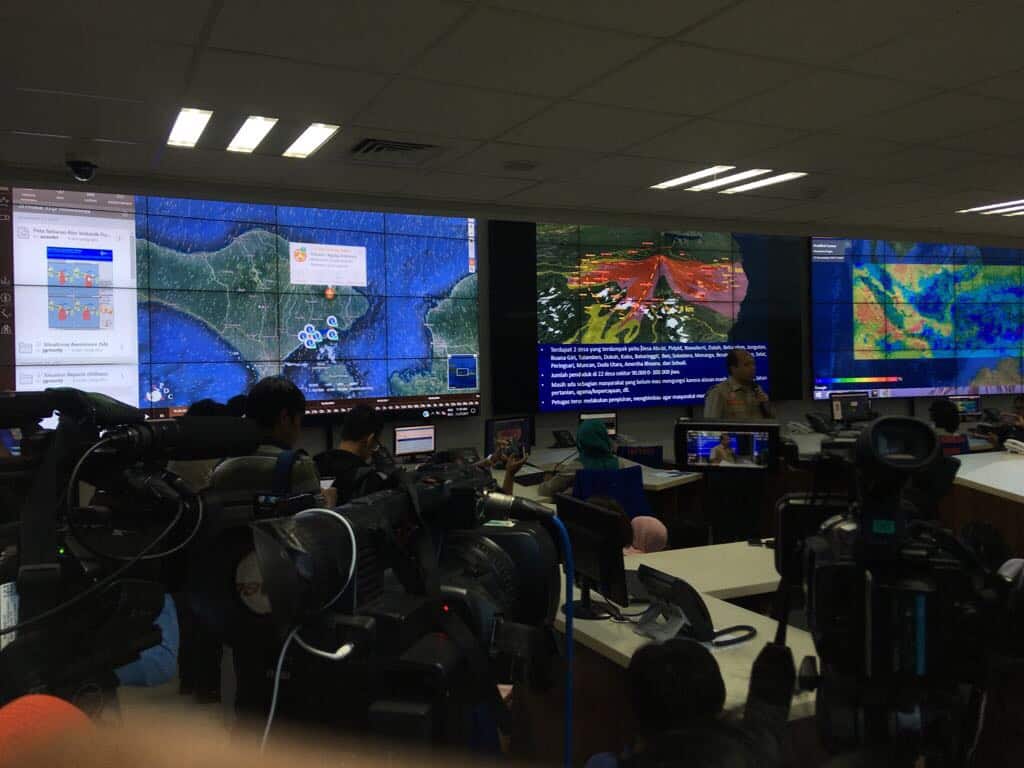 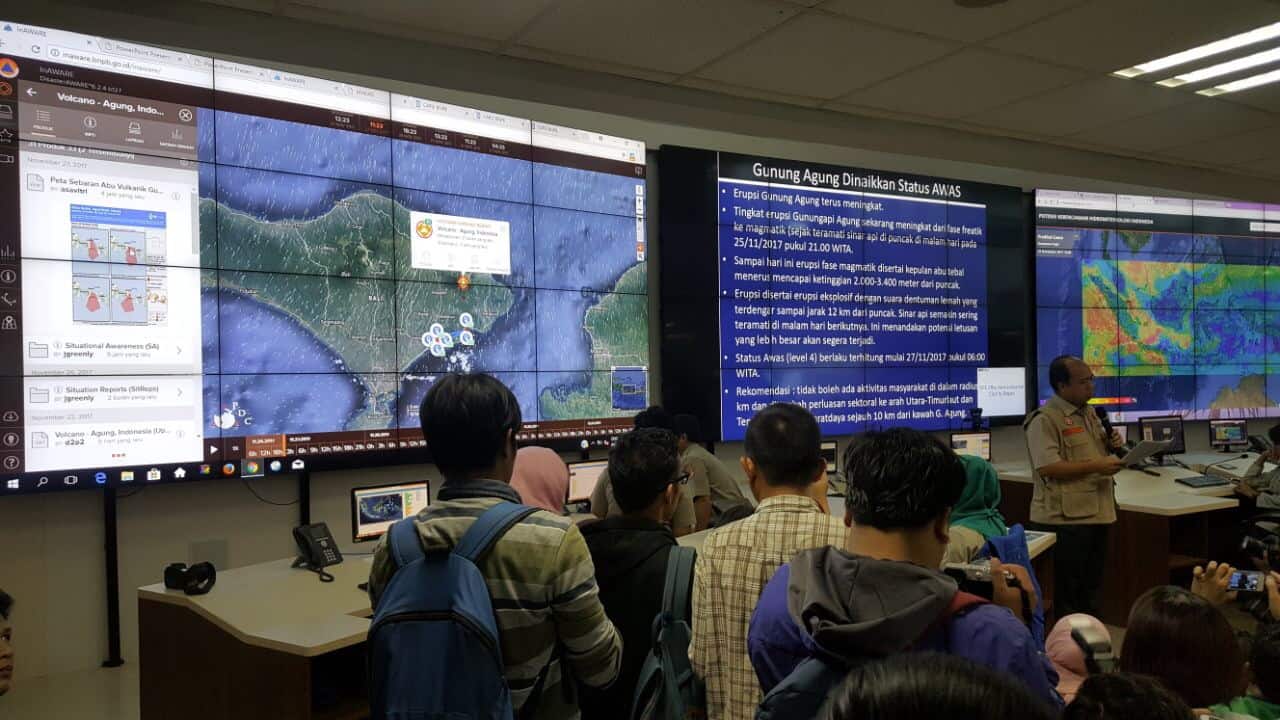 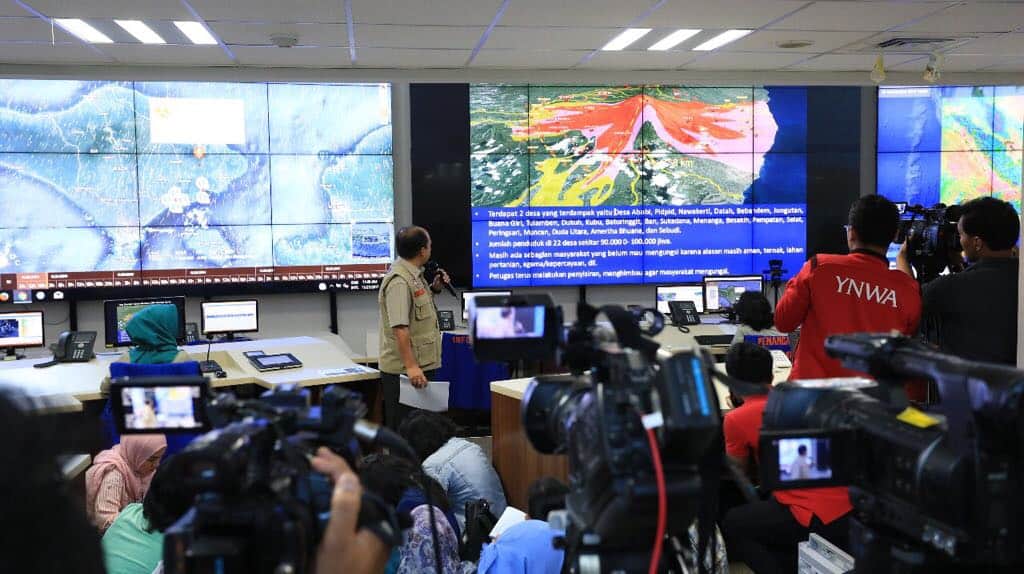 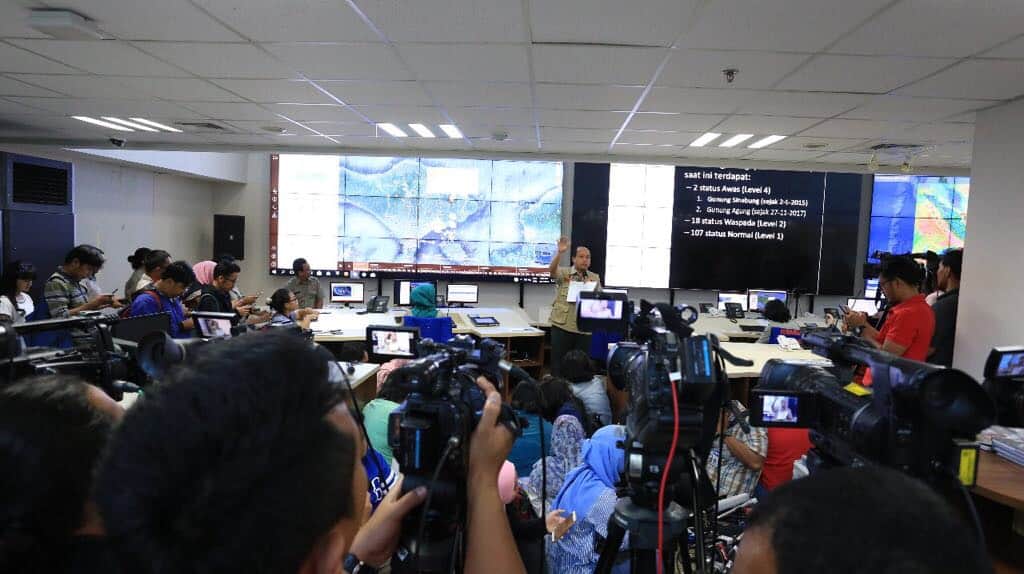