During recent heavy rains, citizens in Jakarta have been harnessing the power of social media to report flood locations via the new PetaBencana.id platform. Flood information received by PetaBencana.id is automatically incorporated into InAWARE, a decision support system in use operationally by Indonesia’s national disaster management agency (Badan Nasional Penanggulangan Bencana, BNPB) and the DKI Jakarta Province regional disaster management agency (BPBD) for this flooding and similar hazard events.

PetaBencana.id is a project managed by Massachusetts Institute of Technology (MIT), and InAWARE is a DisasterAWARE-powered system developed by Pacific Disaster Center (PDC), a program managed by the University of Hawai‘i (UH).

Torrential downpours across Indonesia have led to widespread flooding throughout the country. The capital city, Jakarta, has been particularly affected, with the Jakarta Observatory recording more than 144 millimeters (about 5.7 inches) of rainfall in just 24 hours; more than the total average rainfall for the month of February. The heavy rains have caused flooding that has killed at least four people and led to the evacuation of more than 20,000. Schools and offices have been forced to close, and flood waters have inundated hundreds of homes, causing significant damage to property.

The Government of Indonesia is using technology to support their response efforts to this large-scale event. PDC’s early warning and decision support system, InAWARE, has proven itself to be an invaluable tool for BNPB, since its installation in 2014. The system, funded by USAID OFDA and based on PDC’s DisasterAWARE platform, is hosted and managed by BNPB and provides the country’s disaster managers with accurate, near real-time information about hazard events, allowing decision makers to respond more quickly and effectively. As the rains have fallen in recent days, BNPB, BPBD DKI Jakarta, and other responders have been able to access the web-based application and view the latest flood-hazard information, along with recent and current weather conditions, and critical infrastructure information.

This flood event has also put a recent InAWARE enhancement to the test: newly integrated flood information from PDC’s project partner, PetaBencana.id. This publicly-derived flood information is gathered from social media reports, sorted, and visualized through CogniCity, and displayed on the Petabencana.id interface as flood zones. This data is then automatically integrated into InAWARE, providing responders and decision makers with a more complete understanding of the flood situation. Following its public release on February 1, the PetaBencana.id platform has been quickly adopted by the public in Jakarta, with the number of reports for this recent flooding event peaking at 1,054 on February 21 and the number of flood regions identified by the platform and displaying in InAWARE peaking at 118 on February 22.

The partnership between PDC and BNPB has been advancing toward fully integrating all the information decision makers and responders need into a single system, InAWARE, for several years. Bringing in project partner PetaBencana.Id is an important step in this process. Knowing flood locations and severities allows BNPB to respond more rapidly and with more certainty that the right help is being deployed to those most in need. BNPB’s Head of Data Information and Public Relations Sutopo Purwo Nugroho highlighted the important roles of InAWARE and PetaBencan.id during the flooding. “These two applications,” he said,” back to back, have really assisted disaster managers in making decisions on the distribution of assistance during this emergency response.”

To support response to future hazard events, another PDC project partner, Humanitarian Open StreetMap Team (HOT) has initiated data collection in Jakarta. Over the next six months, the data collection team will gather key lifeline infrastructure data for all the capital’s 44 sub districts. Once integrated, these data will display on the InAWARE interface, providing disaster managers with a more detailed picture of exposure within communities, further refining their ability to respond effectively and efficiently.

BNPB and PDC have been collaborating to enhance Indonesia’s emergency management capacity since 2011, undertaking one project in partnership with National Guard and several funded by USAID OFDA. Current project activities are scheduled to continue through May 2018. Through these activities, PDC and BNPB leadership intend to further strengthen Indonesia’s ability to effectively respond to hazard events.

You can discover more about InAWARE from these reports: 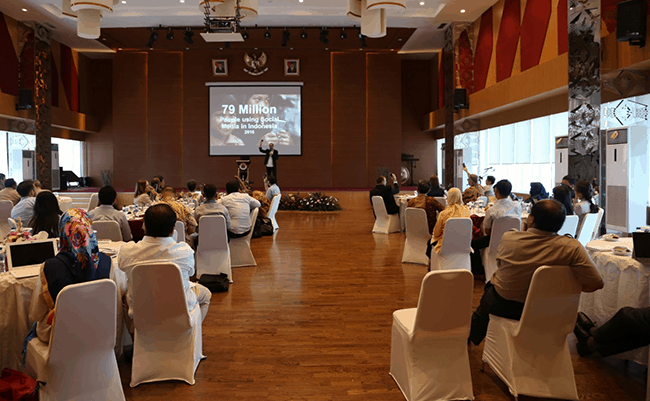 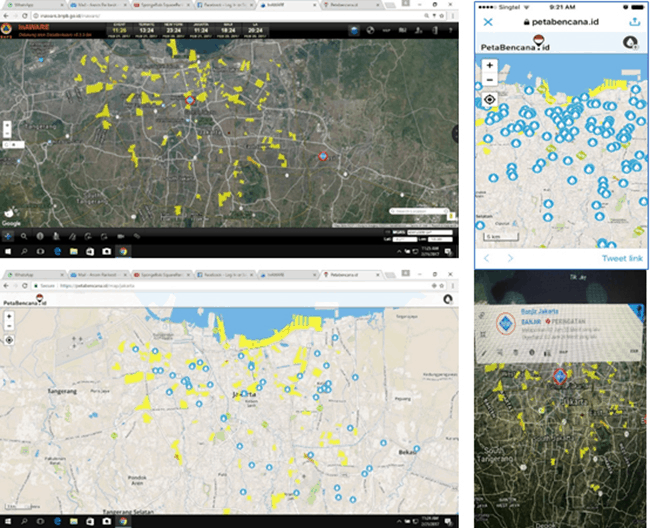