Disaster preparedness requires more than just a plan, which is why the Government of Indonesia and Pacific Disaster Center (PDC) have teamed up to complete another successful milestone in their longstanding partnership on disaster risk reduction. Working closely with Indonesia’s national disaster management organization, Badan Nasional Penanggulangan Bencana (BNPB), PDC helped design and carry out disaster management exercises, September 26 and 27, that simulated a volcanic eruption scenario based on a real 2010 Mount Merapi event. The exercise also helped assess and refine Indonesia’s use of InAWARE for preparedness planning and response operations including evacuation and sheltering of at-risk populations. InAWARE—Indonesia’s powerful early warning and decision support technology based upon PDC’s DisasterAWARE platform—was deployed in 2014 in partnership with the Government of Indonesia under funding from the U.S. Agency for International Development (USAID/OFDA).

“Disaster preparedness exercises help disaster planners and responders understand and practice processes and systems before a disaster strikes. We learn a lot as we exercise plans and tools. Sometimes it can be as important to know what went wrong as what went right. Either way, we know more when we are done than when we started,” said Chris Chiesa, Deputy Executive Director of Pacific Disaster Center. Describing the Center’s role, Chiesa said PDC helps design exercises to simulate actual hazards so that agencies can evaluate response processes, assess exercise outcomes, and make any necessary adjustments to standard operating procedures and training programs well ahead of real-life disasters.

“Indonesia is very proactive in exercising disaster preparedness and response capabilities,” said BNPB Chief Willem Rampangilei. Mentioning its Mentawai Megathrust Disaster Relief Exercise of 2014, which first showcased the use of InAWARE, Chief Willem said Indonesia has continued its national objective to institutionalize early warning and disaster risk reduction into the national preparedness agenda. “While we have brought this series of exercises to successful completion, conducting exercises will never be complete for Indonesia nor for BNPB—nor will our efforts to create policies and procedures that develop our national capacity to reduce disaster risk throughout our island nation.”At the national emergency operations center in Jakarta, BNPB and PDC convened staff from BNPB’s planning, response, and logistics divisions to carry out scenario-based response activities using InAWARE, which provides disaster monitoring and early warning functions during exercises that can help simulate possible future events. The focus for the recent September exercises with PDC at the Jakarta national command center, the InAWARE platform was used by responders as well as “white cell” operators who injected new uncertainties and cascading impacts into the system to simulate typical operating conditions during a real-world scenario.

Working to develop disaster management capacity for the archipelago of Indonesia—some small islands, some densely populated islands—is no small order for either partner but one that PDC and BNPB will continue to work to tackle together. USAID/OFDA Regional Advisor Harlan Hale said, “We’ve watched the nation make remarkable progress to develop its capacity over the last several years. From the implementation of early warning and multi-hazard monitoring systems to crowd-sourced hazard reporting tools, we fully support the innovation, vision and continued successes of the PDC-BNPB partnership.”

In fact, PDC and BNPB plan to renew their five-year Technical Arrangement in the coming months and to plan for another InAWARE exercise in early 2018—this time involving subnational disaster management offices, Badan Penanggulangan Bencana Daerah (BPBD). 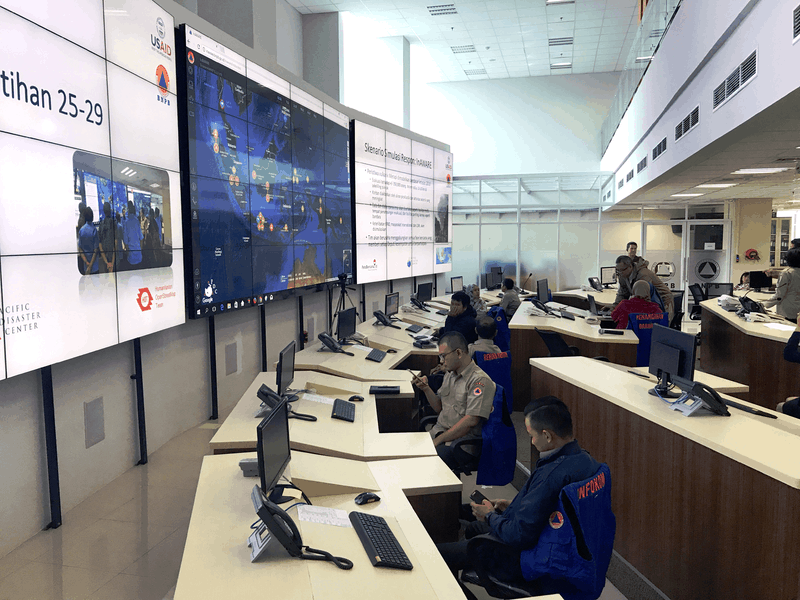 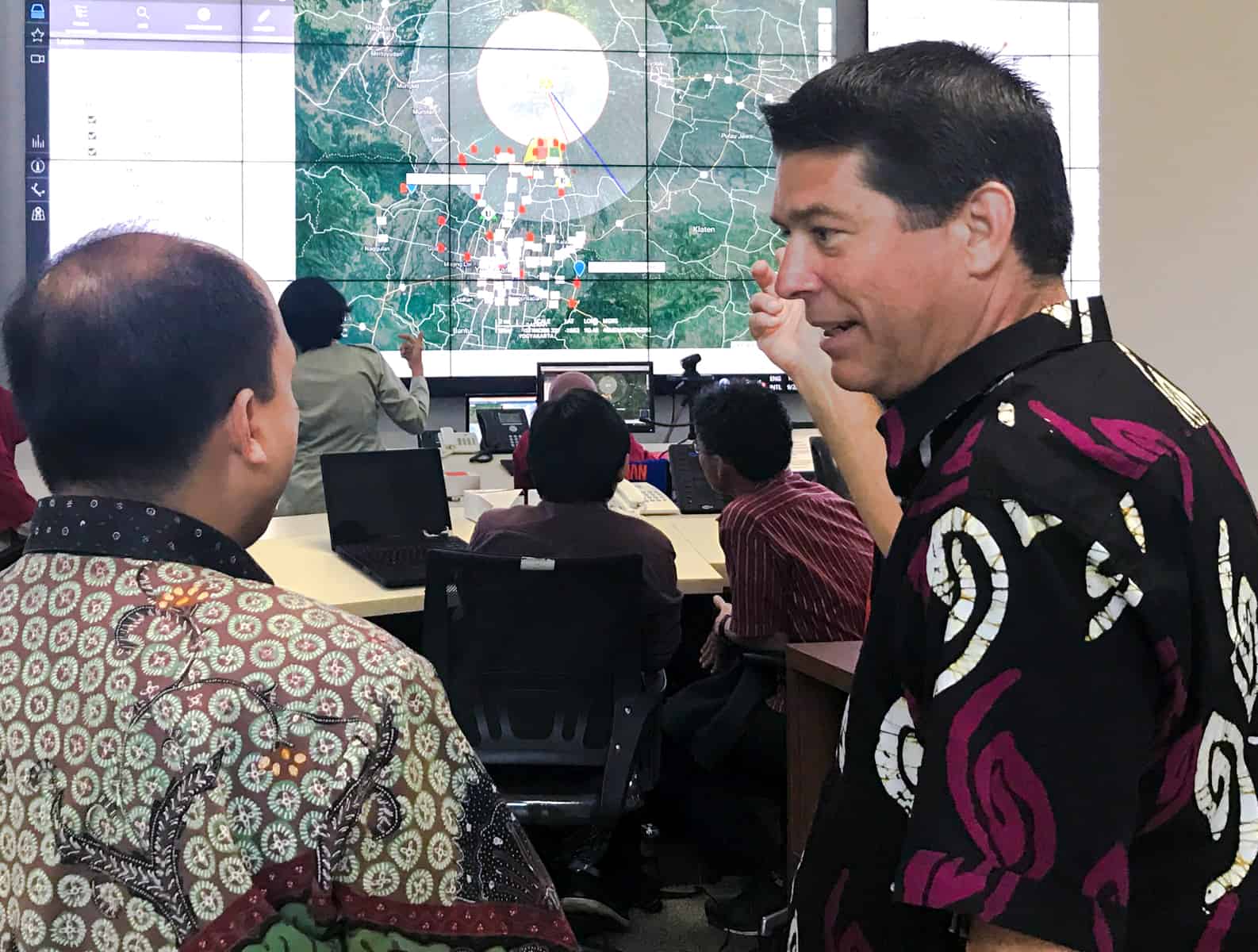