Since 2011, Pacific Disaster Center (PDC) has been collaborating with the U.S. Army Corps of Engineers (USACE), on a program to improve disaster preparedness, response, recovery, and mitigation in Nepal. This effort—the Nepal Geographic Information System (GIS) Integration Project—has moved through several successful phases with the support of Nepalese and regional partners, and is now finalizing the deployment of a customized, national version of the DisasterAWARE early warning and decision support system to be called NepalAWARE.

“A very important goal of any PDC project is sustainability, the capacity to operationally maintain the benefits delivered to our partners,” said PDC Deputy Executive Director Chris Chiesa who oversees PDC engagement with the Government of Nepal. “We are confident that NepalAWARE will improve the decision-making effectiveness of Nepal’s disaster managers. To sustain this, we are committed to seeing that there are enough people trained in the use and administration of the system and to establishing a cadre of trainers who can build upon this base over time.”

With a view to long-term sustainability, starting on September 26, a four-day Train-the-Trainer (TtT) course was presented to staff from the Ministry of Home Affairs, the National Information Technology Center, and the Nepalese Army, along with representatives from the program’s regional implementing partner, the International Centre for Integrated Mountain Development (ICIMOD). The training took place at ICIMOD headquarters in Nepal’s capital, Kathmandu. PDC Southeast Asia Program Advisor Victoria Leat delivered the training with the aim of providing participants with a working mastery of the DisasterAWARE platform and the skills needed to successfully deliver NepalAWARE User Training once the custom system is deployed. The result—10 DisasterAWARE users certified to train and retrain others—is an important step. This gives the disaster-prone country the ability to refresh user training, to teach new features as they come online and to help their colleagues master new applications of the system over time.

The NepalAWARE system will be deployed later this year, and an upcoming Data Providers Workshop will bring together key hazard data providers to support the integration of a broad range of national hazard information into the system for improved disaster management decision making all across the country.

Custom instances of DisasterAWARE already in use by disaster professionals in Thailand, Vietnam, and Indonesia, and at the Association of Southeast Asian Nations (ASEAN) Humanitarian Assistance Coordinating (AHA) Centre, which serves the Association’s 10 member states.

You may also want to 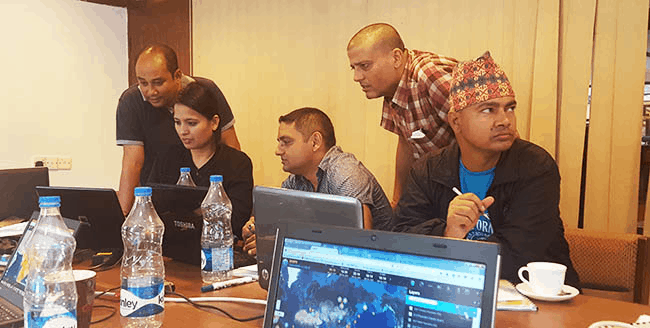 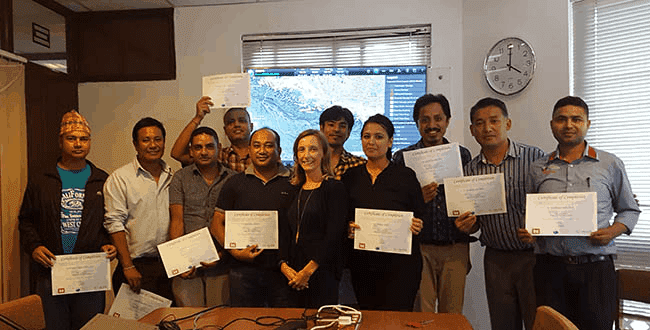