Late Wednesday night (local time), Typhoon Haima made landfall in the municipality of Peñablanca in the Cagayan Province of the Philippines, bringing winds up to 140 miles per hour (225 kilometers per hour) near its center, with gusts up to 195 miles per hour (315 kph). Known locally as Lawin, the typhoon was the second to hit the northern Philippines in a week, following behind Typhoon Sarika which made landfall in the Aurora Province of eastern Luzon on October 15.

With response operations underway in the Philippines, Pacific Disaster Center, a program managed by the University of Hawai‘i, continues to provide decision support and situational awareness products for Typhoon Haima. If you are an emergency manager or humanitarian assistance practitioner and would like access to PDC’s Emergency Operations (EMOPS) platform, powered by DisasterAWARE, click here for more information. 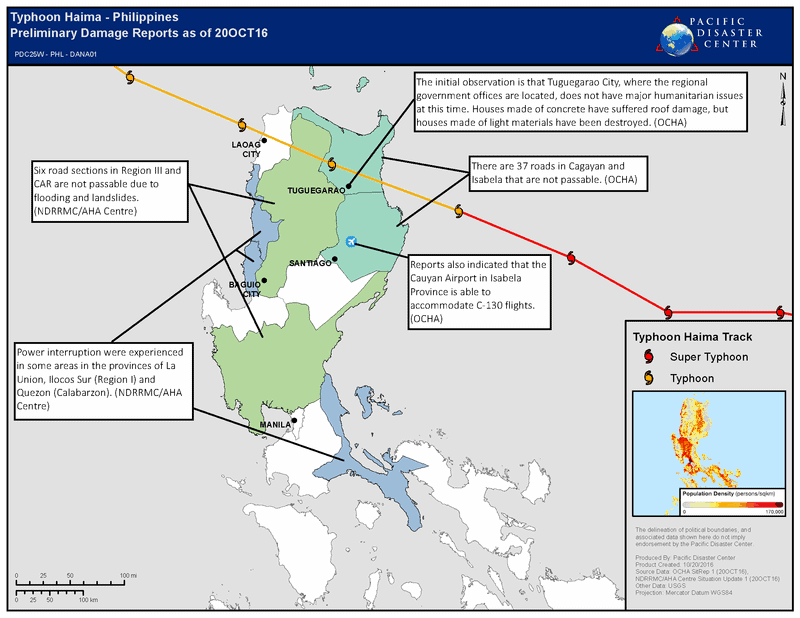 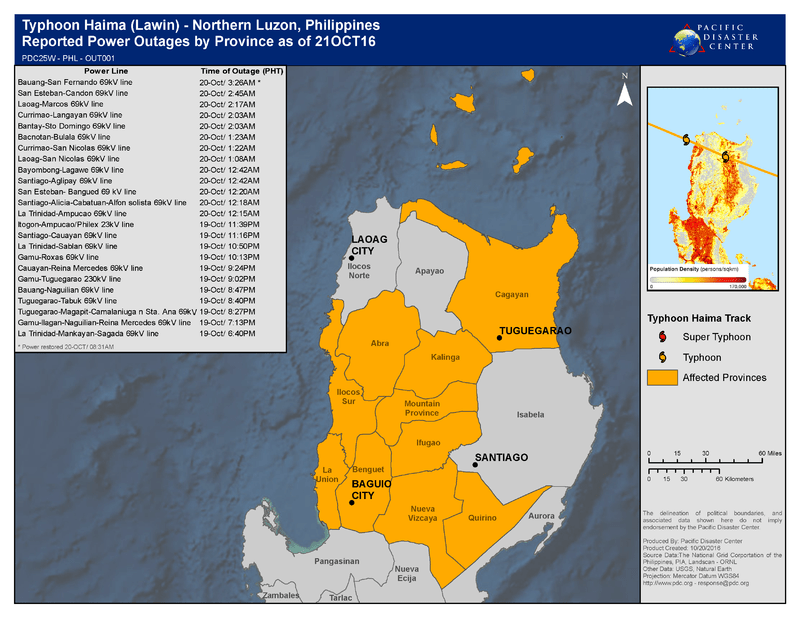