Tropical Cyclone Phailin, the most powerful storm to strike India in 14 years, made landfall along the eastern states of Andhra Pradesh and Odisha (formerly known as Orissa) on Saturday, October 12. As Phailin reached India’s eastern coastline, the Indian Meteorological Department (IMD), as reported by the International Federation of the Red Cross and Red Crescent Societies (IFRC), categorized the cyclone as ‘very severe,’ with winds over 125 mph, and a recorded storm surge of 3 to 3.5 meters.

In anticipation for Phailin, Indian authorities implemented various disaster preparedness measures. Early warnings were issued five days before the cyclone’s arrival, emergency response teams, equipment, and food supplies were pre-positioned, and nearly one million people in the storm’s path were evacuated, which ultimately spared countless lives. So far, several cyclone deaths have been reported, but the full scale and impact of Phailin is still being assessed.

Despite effective disaster risk reduction efforts, the sheer size and power of Phailin has left approximately 600,000 people homeless after sweeping through 14,000 villages in coastal districts, according to the Agence France-Presse (AFP). A massive relief effort is underway to distribute food to the estimated one million evacuees, as well as to assist the injured and clear roads. The IFRC reports that communication remains disrupted and roads and electricity have been heavily affected. India’s National Disaster Management Agency (NDMA) has deployed 2,000 personnel from the National Disaster Response Forces (NDRF) to Odisha, Andhra Pradesh, and West Bengal to assist with relief operations.

For more information on Tropical Cyclone Phailin:
• View information from the Indian Meteorological Department,
• Read an overview in Relief Web,
• Visit the Thomson Reuters Foundation site for more articles, and
• Find out how the Red Cross is providing assistance. 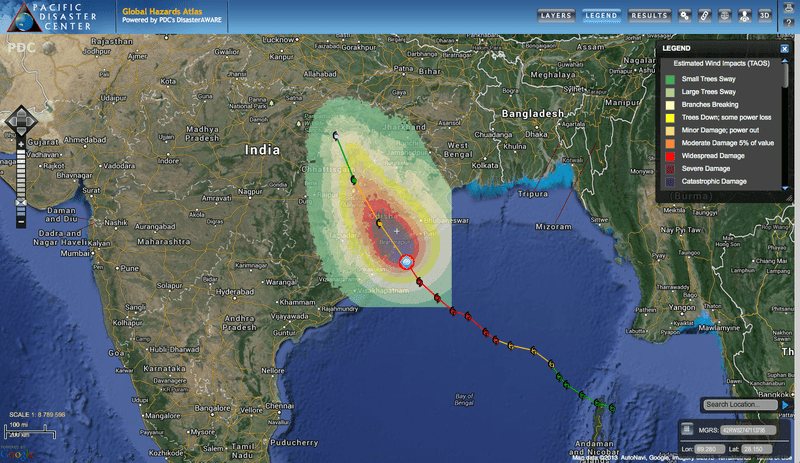 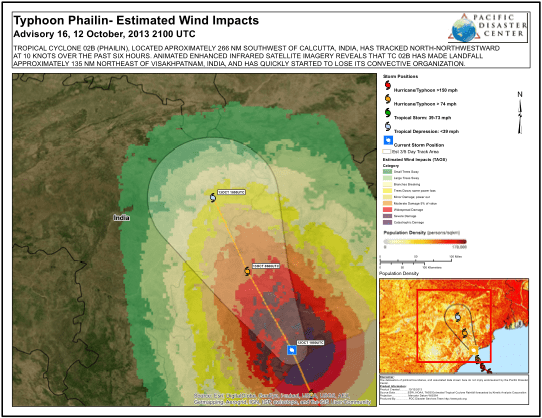