After battering the northern Philippines over the weekend, which left at least 13 people dead and more than 2 million without power, according to the Philippines’ National Disaster Risk Reduction and Management Council (NDRRMC), Typhoon Nari made landfall over central Vietnam early Tuesday, October 15, local time.

Anticipating the storm’s arrival, Vietnam’s disaster authorities evacuated tens of thousands of people to makeshift shelters in public buildings away from vulnerable coastal areas. Agence France-Presse (AFP) reported that heavy rains and powerful winds knocked down trees, damaged hundreds of houses, and claimed several lives. According to the final warning issued by Joint Typhoon Warning Center (JTWC), Nari was forecast to progress westwards towards Laos and Thailand as it weakened over land.

Communities in central Vietnam are still coping with the destruction caused by Typhoon Wutip late last month. Nari is the eleventh tropical cyclone to hit Vietnam this year.

Learn more about VinAWARE:
• Read an article about the second phase development,
• The launch of the USAID-supported FEW2 Project,
• Special training in the use of PDC’s DisasterAWARE was conducted in Vietnam, and
• News of PDC commitment to DM in Vietnam. 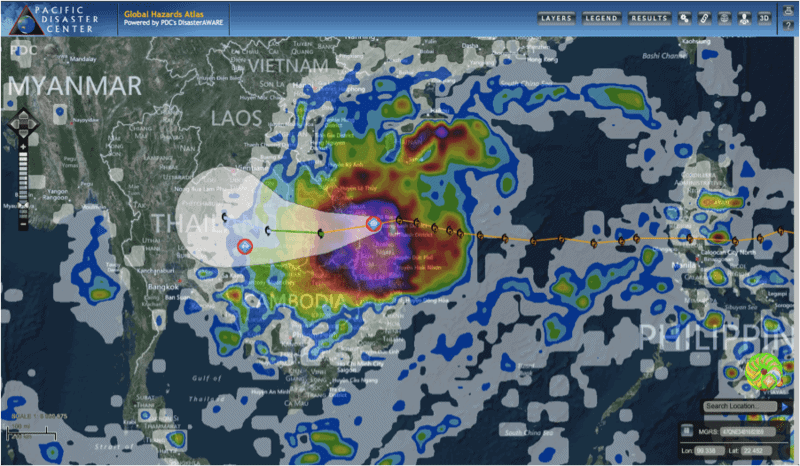