Pacific Disaster Center delivered InAWARE training to over 200 BNPB and BPBD staff in Indonesia in the month of July, bringing the total number of trained users since the InAWARE project began to 648. The July training activity also delivered a national-level Train-the-Trainer (TtT) session to BNPB and BPBD staff, bringing the total number of certified InAWARE trainers to more than 50.

This recent training effort, part of an ongoing project supported by USAID Office of Foreign Disaster Assistance, has especially extended the cadre of InAWARE users in provincial, district, and municipal disaster management agencies (BPBD) in West Sumatra, Central Java, Bali, and Yogyakarta. Newly-minted InAWARE trainers supported these provincial training sessions, giving them an opportunity to practice and hone their training skills. Trainees demonstrated their mastery of, and enthusiasm for, InAWARE, with Agam, a local district BPBD in West Sumatra, conducting independent in-house InAWARE user training for their staff, shortly followed by similar training in Papua and Maluku provinces.

While these training figures are, in and of themselves significant, real achievements were seen after training when BPBD staff returned to their offices and began using InAWARE  for their disaster operations.  The recent wildfires in the West Pasaman Regency highlighted the value of InAWARE, with both BNPB (national) and BPBD (provincial and district) staff using the system to share Hazard information in a timely and effective manner.

To understand more about InAWARE see: 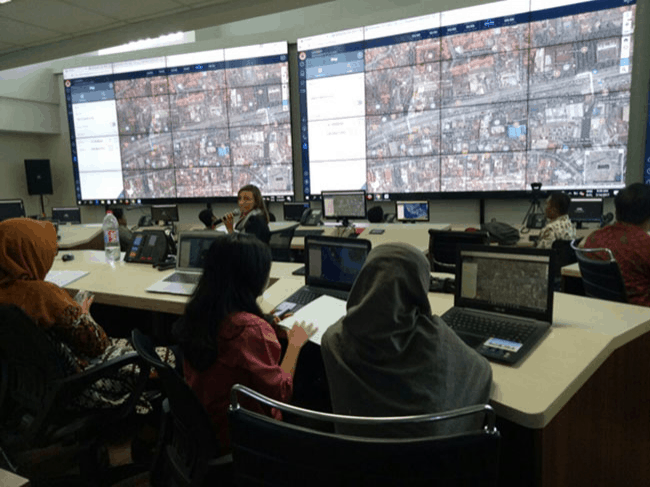 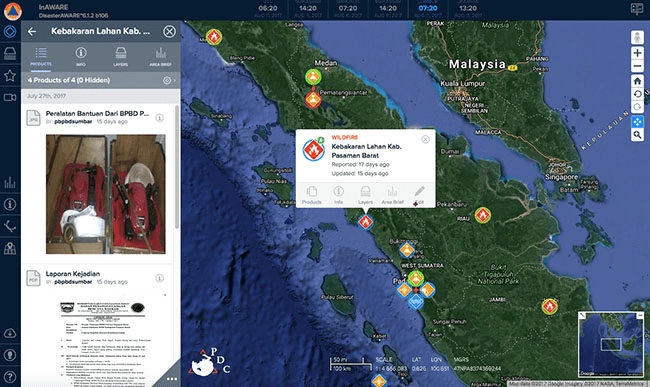