“We are all aware that minimizing risks to our countries and economies is a huge challenge. Natural disasters do not have a border, a language, a nationality. Warning at-risk communities is a necessity; information is key. The DisasterAWARE platform offers the possibility to gather together needed information and actors with a single click,” said NCPA Director General Haki Çako who provided opening remarks at the kickoff ceremony. 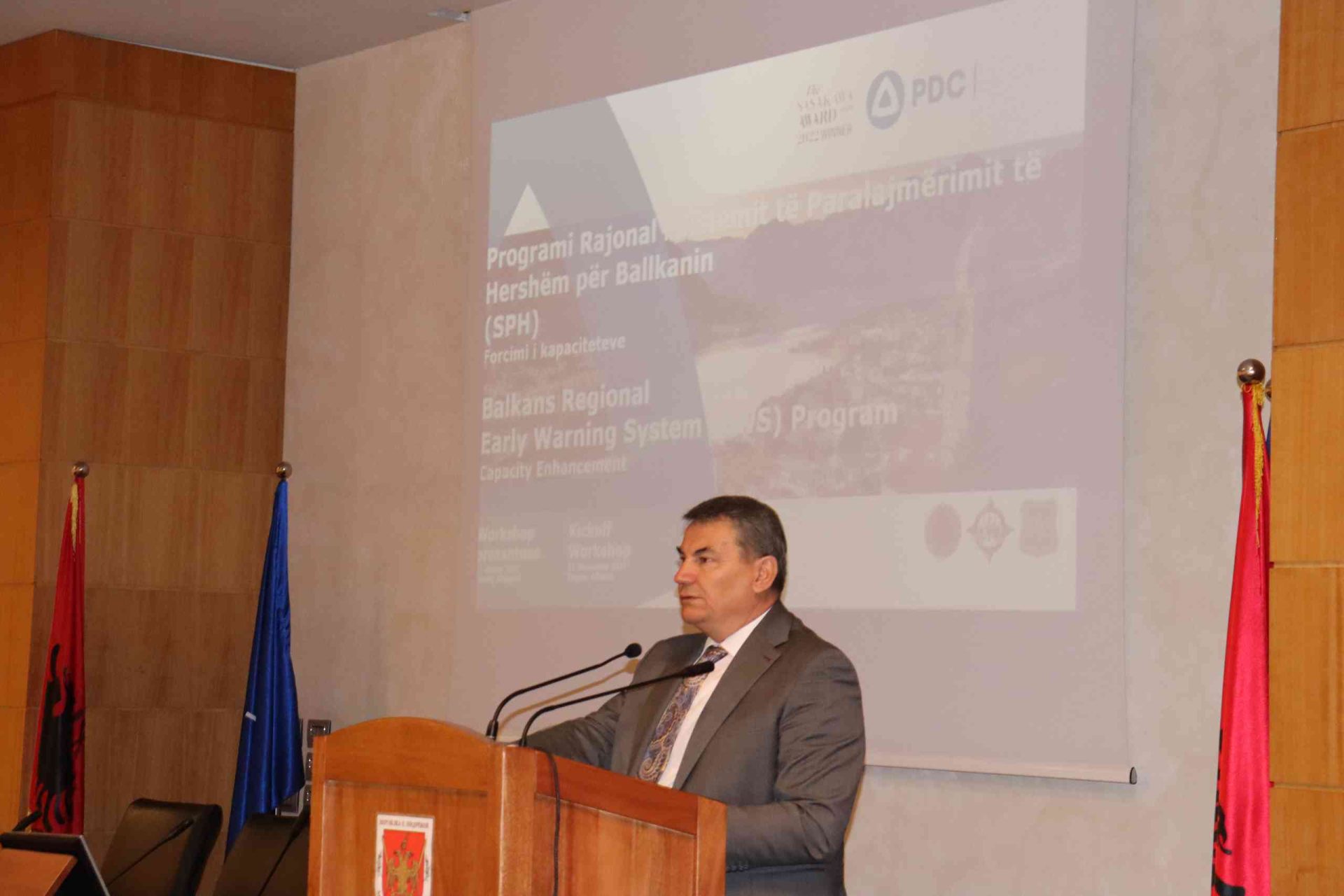 Matthew Wills, USFS International Program (IP) Eurasia Program Manager, emphasized the importance of collaboration, noting “DisasterAWARE is a strong tool for coordination, key for successful disaster management outcomes. I am excited about using DisasterAWARE to bring us all together to address disaster preparedness and response in the Balkans.”

The Balkans region is faced with several natural hazards. The southern and coastal areas are characterized by hot, dry summers, which contribute to droughts, high summer temperatures, and have recently led to a record number of forest fires in 2021. Intense rainfall events caused by strong storms have brought disastrous damage to the Balkan Peninsula, a phenomenon exacerbated by land use practices and increasing deforestation—including that resulting from forest fires. The region is also considered to have a high seismic hazard potential.

During the event, the PDC team demonstrated DisasterAWARE Pro, which will serve as the initial Balkans EWS platform. A customized version of DisasterAWARE may be deployed for Balkan countries in Phase 2. Strong support for the use of DisasterAWARE was expressed by the NCPA as well as stakeholders including JICA and GIZ.

PDC’s Chris Chiesa stated “the Center is grateful for the opportunity to work closely with disaster managers in Albania and its Balkan neighbors to build early warning capacity. We will leverage our extensive experience from around the globe to build on existing systems and processes in the region. We appreciate the support of the U.S. Government, especially USFS and U.S. European Command, to allow us to provide technical assistance to countries of the Balkan region in this critically important endeavor.”

The next engagement, scheduled for February 2023, will include delivery of DisasterAWARE training and technical exchanges with North Macedonia and Kosovo NDMOs.