While no longer a threat to land, Typhoon Vongfong generated strong winds, torrential downpours, and powerful storm surge as it passed over Okinawa on October 12 (local time). It next reached the main islands of Japan, and made landfall in southern Kagoshima prefecture on Kyushu Island. As it swept through Japan’s archipelago, it passed inland of Tokyo, which caused major disruption to airports and railway. Additionally, local governments issued evacuation advisories to 1.76 million people across the nation and numerous flights and train services were cancelled, according to an article by the Japan Times.

Prior to making landfall in Okinawa, Vongfong passed just north of the island of Rota in the United States Commonwealth of the Northern Mariana Islands as a typhoon on October 6, cutting power to about 70 percent of the island’s residents. Fortunately the majority of the Marianas were spared, as no injuries and only minor damage were reported, according to Guam’s Pacific Daily News.

For more information on Typhoon Vongfong: • Read articles from the Japan Times, • Look at an overview from the European Commission, and • Take a look at an article from Guam’s Pacific Daily News. 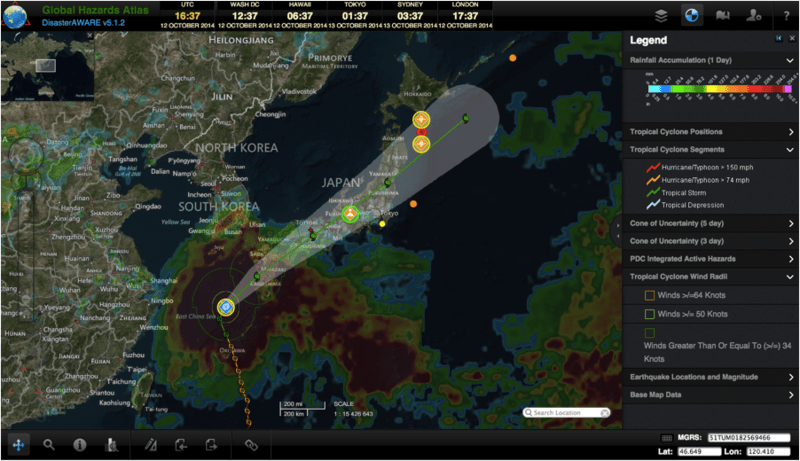