Spending an entire month on tsunami awareness is appropriate for the island chain, because Hawaii is in the middle of the Pacific, meaning it is in the center of the Ring of Fire, the Pacific Rim area where earthquakes and volcanic activity are frequent. The islands could, therefore, at any time and in any season, experience either a locally generated, fast-arriving tsunami from an earthquake, landslide, or volcanic eruption; or a distant-source tsunami, generated by an earthquake in Chile, Alaska, Japan, or the South Pacific, for example. With many of Hawaii’s residents living, working, and playing in coastal areas, the collaborative effort involving state, county, and local agencies—and also including the Pacific Tsunami Warning Center (PTWC), Pacific Disaster Center (PDC), and the media—is invaluable for meeting the requirements of mitigation, preparedness, response, and recovery.

Residents are encouraged to learn tsunami warning signs and take immediate action if they suspect a tsunami could be coming, to learn evacuation strategies, and to consider community approaches to resilience. A number of resources have been developed for tsunami education and readiness. Readers are encouraged to explore the list following this article.

The March 28 kickoff of Tsunami Awareness Month 2014 made history as the first press conference hosted in the Pu’uloa Auditorium at the IRC. The event was held in collaboration with NOAA, Hawaii State Civil Defense, City and County of Honolulu, American Red Cross, and Joint Base Pearl Harbor-Hickam. Opening remarks and key addresses were provided by Mayor Kirk Caldwell, Lieutenant Governor Shan Tsutsui, PTWC Geophysicist-in-Charge Dr. Charles “Chip” McCreery, Department of Emergency Management Director for City and County of Honolulu Melvin Kaku, and National Weather Service Acting Regional Director Ray Tanabe. Additionally, finalists in the State’s second annual Tsunami Awareness Poster Contest were recognized for their interpretations of the theme “A Tsunami is Coming, Where Will You Go?”.

To learn more about tsunamis for the safety of your family, start with these resources:
• Learn about PDC’s Tsunami Awareness Program (TAP) or,
• Hawaii Hazards Awareness & Resilience Program (HHARP) to enhance community resilience,
• View Tsunami Information on the PDC website,
• Access both the static and interactive maps of tsunami evacuation zones,
• Read information about the Indian Ocean Tsunami of December 2004,
• Refer to the International Tsunami Information Center’s 2013 Tsunami Glossary,
• Look at a 7-point list of Tsunami Preparedness steps,
• Read about how parents can help kids learn about disaster preparedness, and
• View a National Geographic video of the 2011 Tohoku Tsunami in Japan. 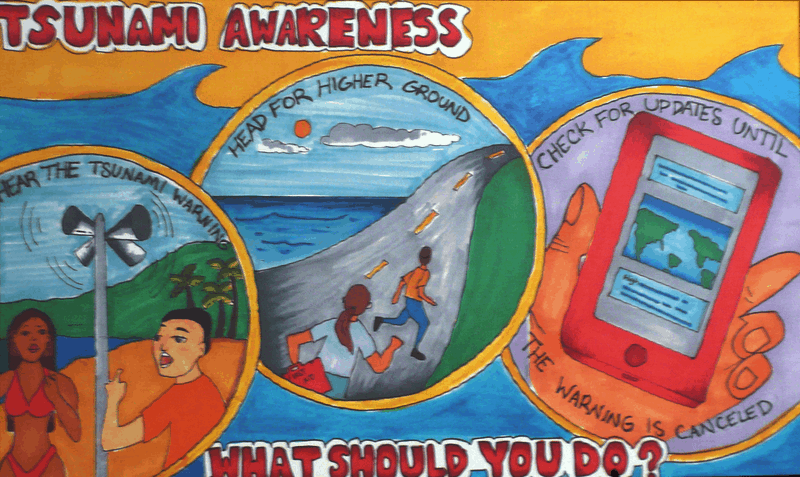 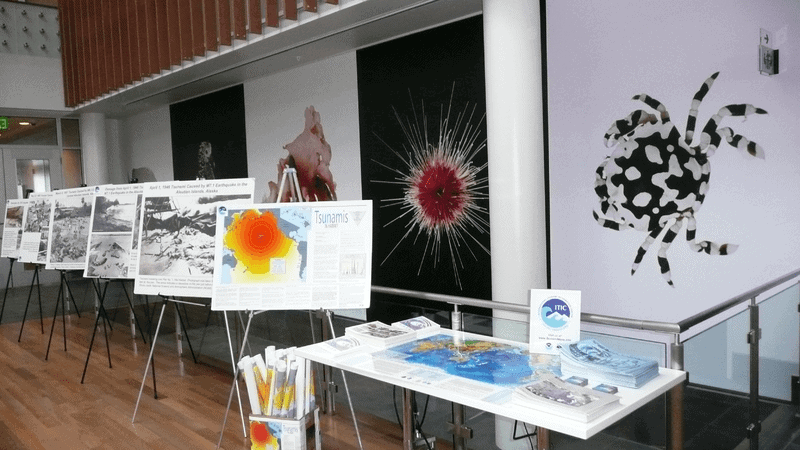