For seven days, 9–15 September, members of the ROGUE project team, including U.S. Southern Command (USSOUTHCOM), Office of Secretary of Defense (OSD), US Army Corps of Engineers (USACE), LMN Solutions, and Pacific Disaster Center (PDC) joined members of the Comisión Permanente de Contingencias (COPECO), the national disaster management authority of Honduras) in the Honduran capital of Tegucigalpa for a two-part Operational Demonstration (OD) of initial ROGUE capabilities. The first part included the participation of Joint Task Force-Bravo (JTF-B) for a scenario-based disaster simulation in order to assess the use of ROGUE technologies under limited communications network connectivity. The second part used ROGUE-developed capabilities alongside DisasterAWARE to provide real-time support to the COPECO Emergency Operations Center (EOC) during Independence Day celebrations in Honduras on Sunday, 15 September. This allowed the team to test the information sharing, mapping, and decision support capabilities as they might apply to disaster management, coordination, and decision-making.  COPECO Commissioned Minister Lisandro Rosales actively observed the OD and participated in an After Action Review with the ROGUE-COPECO team.

PDC—which was formally identified as the ROGUE Transition Manager (XM) in January 2012 and charged with transiting the project from a technology demonstration to operational status—provided continuous operational support throughout this event. PDC staff also provided training on DisasterAWARE, a web-based mapping platform that provides continually updated hazard information worldwide and functions as a hub for accessing, updating, and sharing information before, during, and after disaster. Upon completion of the JCTD project, ROGUE will be integrated with PDC’s DisasterAWARE platform to help improve collaboration during HA/DR operations using dynamic map data.

This operational demonstration is one of two planned as part of the ROGUE JCTD. The next is scheduled for July 2014.

For more information about ROGUE and this event:
• Take a look at the ROGUE-JCTD white paper,
• Read an article about the event from the JTF-B, and
• Read the news story on the COPECO website. 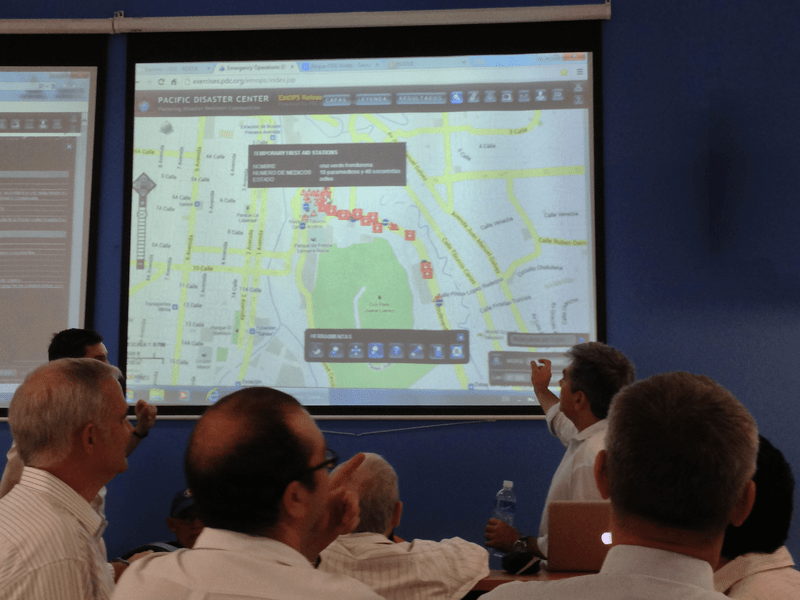 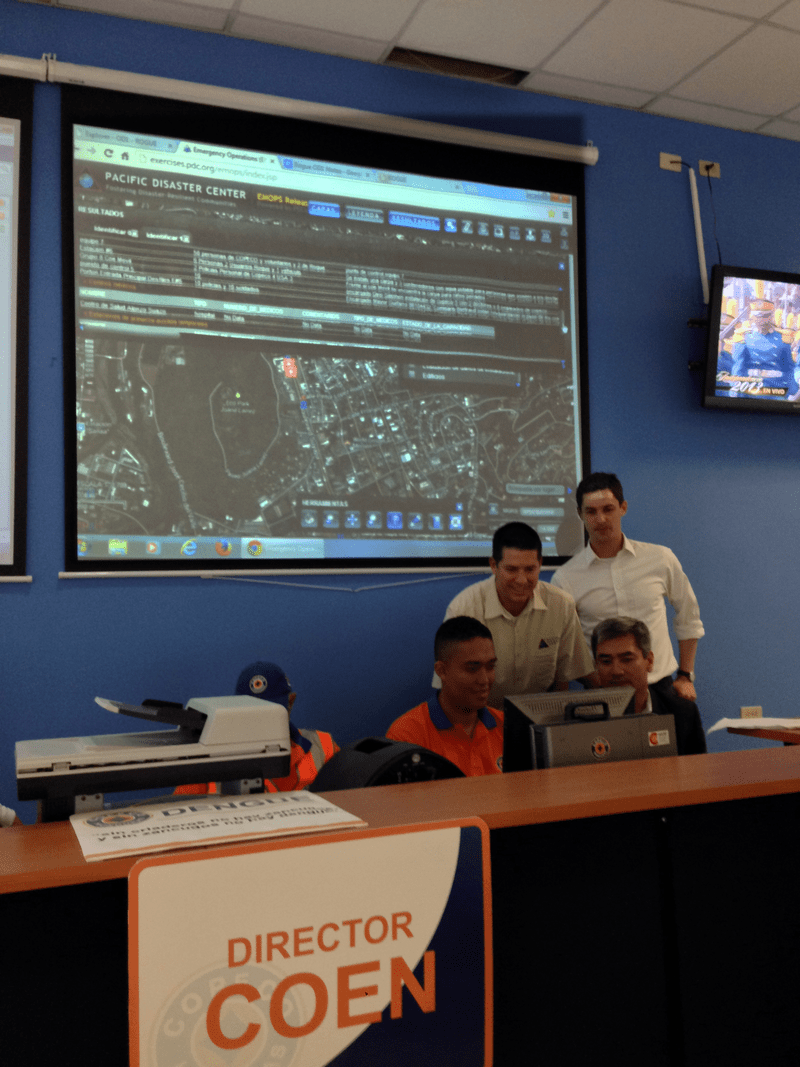