Located in the western Pacific, along the Ring of Fire, the Philippines are frequently threatened by natural hazards, such as violent tropical cyclones, earthquakes, landslides, tsunamis, and volcanic eruptions. Advancing public-private partnership to strengthen overall resilience, stakeholders in the Philippines are taking new steps to reduce urban disaster risk, particularly in Metro Manila.

On February 17, a kickoff luncheon was held for the development of a Philippine Disaster Resilience Foundation (PDRF) Emergency Operations Center (EOC), which is intended to assist PDRF member organizations and the Government of the Philippines to restore services and reduce disruptions following a major disaster. The kickoff event signifies the beginning of a five year public-private project between a team of disaster management professionals (EMI and its partners, including PDC) and PDRF, a foundation backed by the country’s largest conglomerates, industry movers and top corporate leaders. PDRF members include Shell Oil, Coca Cola, Philippine Long Distance Telephone Co. (PLDT)/SMART Communications, Ayala Corporation, and many more privately held entities eager to advance disaster resilience in the Philippines.

The kickoff was attended by nearly 80 representatives of Philippine Government agencies, non-governmental organizations (NGO), media, and PDRF member companies. PDC, managed by the University of Hawai‘i, is a long-term partner of EMI and other project stakeholders in the Philippines including the Office of Civil Defense, Philippine Institute of Volcanology and Seismology (PHIVOLCS), and Manila Observatory. The Center will be responsible for customization and deployment of a DisasterAWARE-based solution, and associated training and technical support. PDC will also provide support for the development and documentation of a concept of operations (CONOPS) and standard operating procedures (SOP).

This deployment will add another DisasterAWARE-based system within the Association of Southeast Asian Nations (ASEAN) region, joining custom versions already deployed in Vietnam, Indonesia, Thailand, and at the AHA Centre. Even though this system will provide vital support to the Government of the Philippines, this is the Center’s first private sector deployment. As currently scheduled, the new system will be deployed in a newly constructed Disaster Operation Center (DOC) in Clark, Philippines, in early 2017. 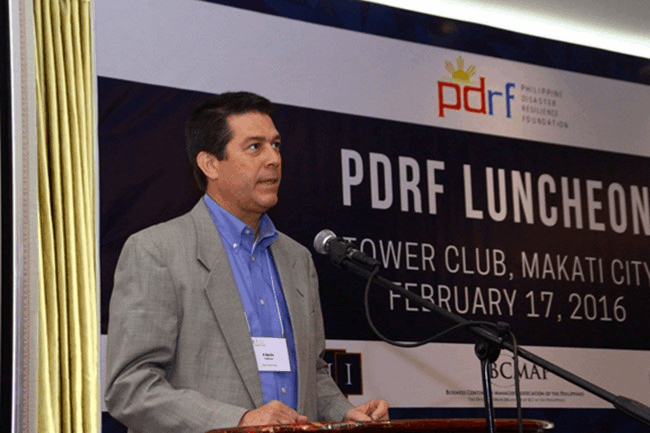