Moving America Forward is a national television series that celebrates achievements and contributions of businesses and entrepreneurs across America. Hosted by William Shatner and anchored by Doug Llewelyn, the series recently recognized the work of the Pacific Disaster Center (PDC), and presented the prestigious “Moving America Forward Award” to Executive Director Ray Shirkhodai.

This award has previously been presented to Nobel Prize laureates, government and corporate leaders, businesses, and professional organizations that exemplify America’s best.

As part of the award presentation, Llewelyn interviewed Shirkhodai and discussed how PDC technology helps first responders, governments, and the general public get the critical information they need to better prepare for and react quickly to hazards, helping to prevent catastrophic loss of life.

The full interview, which aired nationally September 27 on BizTV networks, covered PDC’s work in reducing the risk of disaster, working with nations all over the world.

The interview also highlights PDC’s web-based DisasterAWARE platform and the Disaster Alert mobile app both of which are used for disaster monitoring and are available to the public free of charge. The applications display global hazards in near real time, and provide access to other useful reports and information that can help the decision-making process, and help keep the users’ communities safe.

Shirkhodai credited the unique, dedicated, and multidisciplinary staff at PDC for the success of the Center. The award recognizes the Center as among the “best of the best” in innovation. 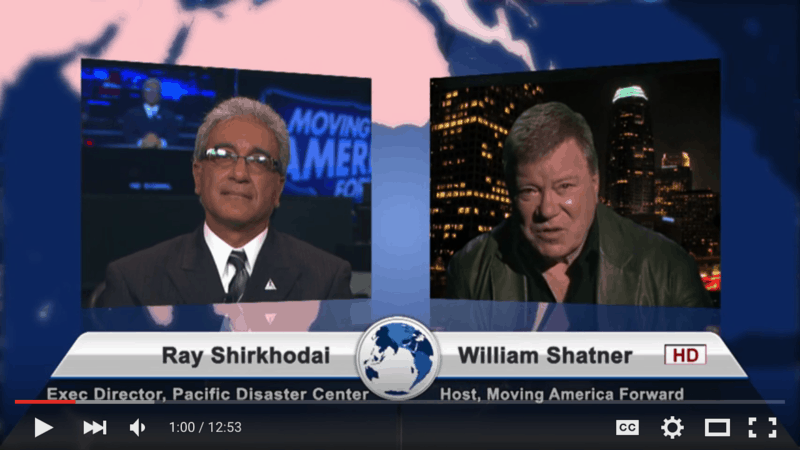 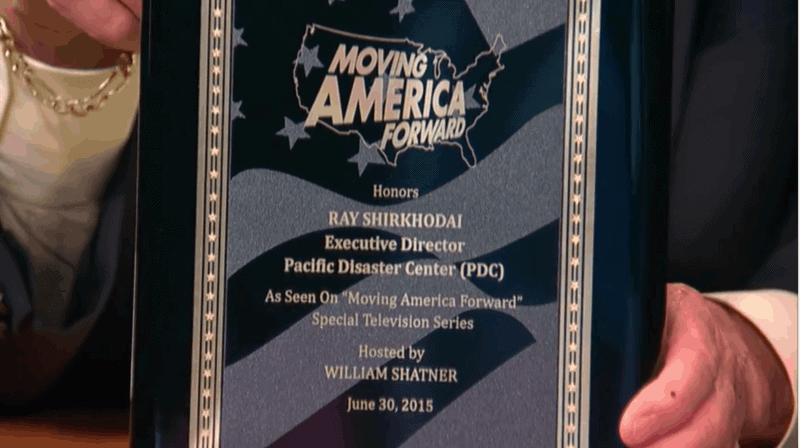