Tropical Cyclone Maysak strengthened into a Super Typhoon in the northwest Pacific Ocean late Tuesday, March 31 (local time), achieving extremely dangerous Category 5 hurricane status (NOAA NWS). Over the weekend, TC Maysak caused major damage as it passed through the islands of Chuuk State in the Federated States of Micronesia, prompting the President of the Federated States of Micronesia to declare a state of emergency on March 30.

According NOAA National Weather Service (as of 11 AM CHST), TC Maysak is moving away from Yap, however a typhoon warning remains in effect for Yap Island. Damage winds are reportedly still occurring along the northern shores of Yap and in northern coastal waters. Maysak is anticipated to remain a Super Typhoon through early Wednesday morning.

PDC will continue to issue situational awareness products in support of this event, such as the map depicted above which shows estimated impacts from wind, rainfall, and still water storm surge (as of March 31, 1500 UTC). Direct support is being provided to disaster managers and humanitarian assistance providers in the affected areas, including the Philippines where officials are closely monitoring TC Maysak as it approaches.

For more information on Super Typhoon Maysak:
• Disaster managers and state and local government users, may request access to the EMOPS (Emergency Operations) application, a free, subscription-based application that provides a secure environment for accessing, updating, and sharing information before, during, and after a disaster. 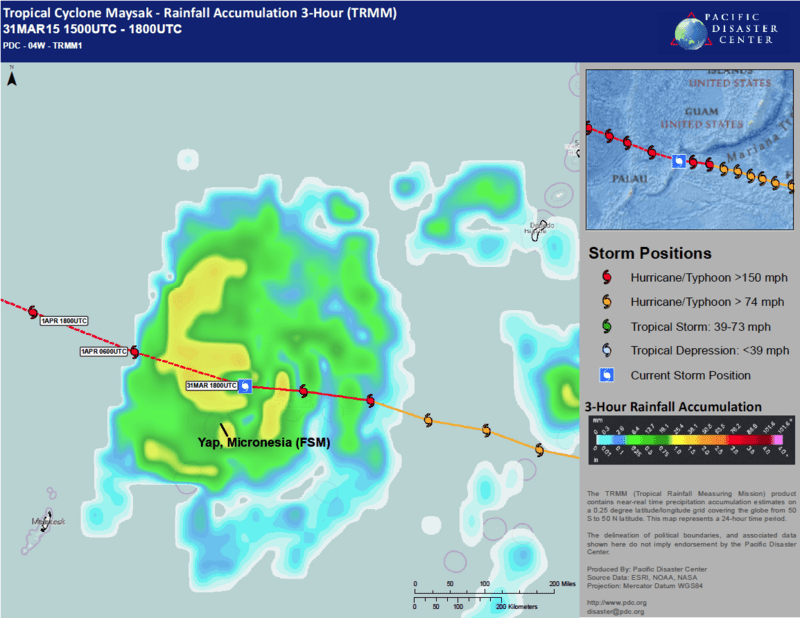 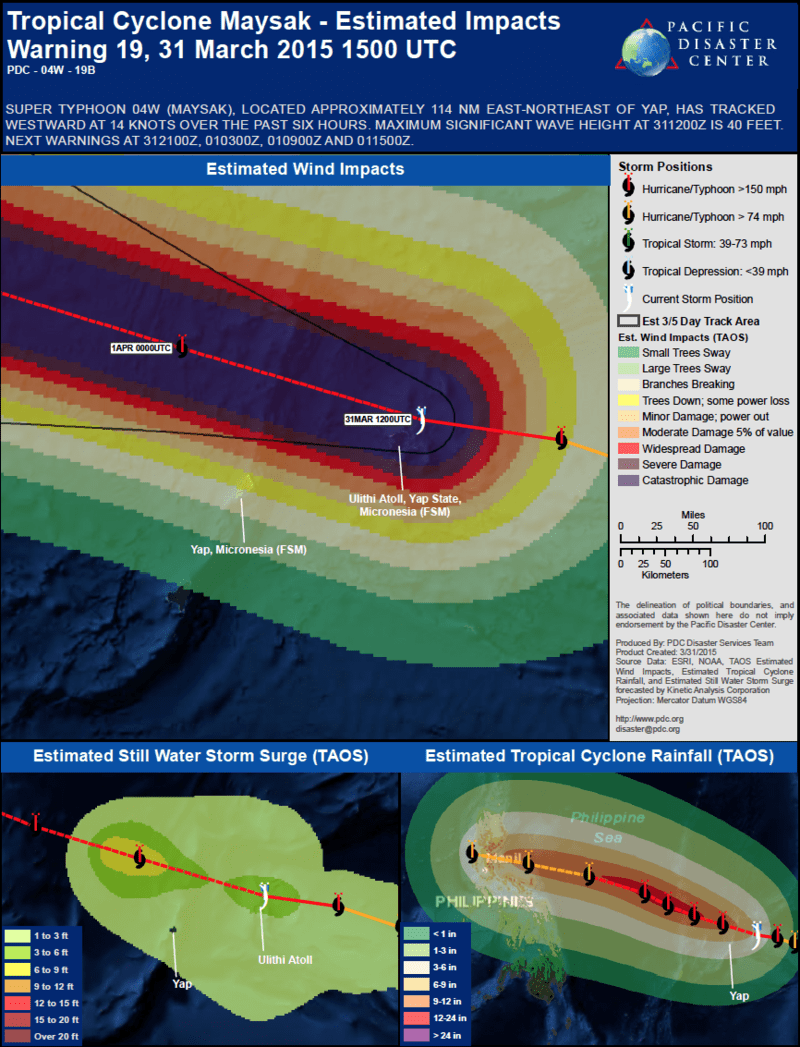