As the Cold War was ending, in the early 1990s, many visionaries were imagining how to repurpose advanced technologies developed for defending the nation for public good.  Advanced research in the “information superhighway” (later to be known as the internet), Global Positioning System (GPS), and remote sensing satellites held a great deal of promise.

So, on September 11, 1992, when Hurricane Iniki impacted Hawaii, devastating the island of Kauai, one such visionary saw the possibility that perhaps the remote sensing technologies employed to keep the U.S. and its allies safe could help keep the whole world safe from natural disasters.  What if the technology developed by or for the U.S. military could help improve hazard monitoring and disaster early warning. Senator Daniel Inouye started talking about that in Senate committees, discussing it with his advisors, and speaking both publicly and in Congress of the concept of repurposing defense technology for disaster management. Soon, military personnel and defense contractors were working toward finding means of achieving this goal, and by June 1995, a small group of the best and brightest of these people settled in at Hawaii State Civil Defense (HSCD) to test the options.

A one-day Acquisition Review for PDC was convened four months later—on October 25, 1995—at Birkhimer Tunnel (in Diamond Head crater on Oahu) to validate operating capability and the approach. The following day, the Acquisition Review was approved, paving the way for the establishment of PDC. With that confirmed “existence,” the Center began inheriting technology and data streams, and transforming warfighting and war-preventing defense technologies into systems to support disaster managers and give them access to the information they needed in forms that were easily understood.

In 2016, PDC continues to do the same work, always expanding its services to handle more details of more hazard types, supporting an ever-growing list of humanitarian assistance and disaster relief agencies around the world, and applying new advances in technology to its mission of fostering disaster-resilient communities. 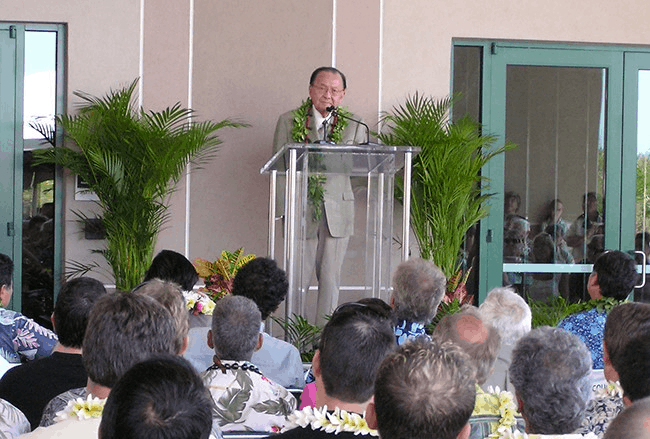