Technical implementation has been successfully completed for the Flood and Early Warning Phase II (FEW2) Project, designed to strengthen Vietnam’s early warning capacity by bolstering operational use of VinAWARE, a web-based decision support system based on Pacific Disaster Center’s DisasterAWARE platform. The FEW2 Project is supported by the U.S. Agency for International Development’s Office of Foreign Disaster Assistance (USAID/OFDA).

During a workshop in Hanoi on September 15, a summary of the FEW2 program’s outcomes was presented—deploying VinAWARE at Vietnam’s Disaster Management Center, enhancing VinAWARE information content to include near real-time data from Vietnam’s National Center for Hydro-Meteorological Forecasting, and expanding the user base to include disaster managers from 10 central coastal provinces as well as key national agencies via training and exercise. This was followed by a demonstration of the customized VinAWARE system. Nearly 50 representatives from the Governments of Vietnam and the United States, local and intergovernmental and nongovernmental organizations and private-sector stakeholders attended the event. Vietnam’s Vice Minister of Agriculture and Rural Development (MARD), Dr. Hoang Van Thang, and USAID Vietnam Mission Director Joakim Parker delivered opening remarks.

At the request of Dr. Thang, PDC Deputy Executive Director Chris Chiesa introduced the concept for a third phase of the project. Over a five-year period, this proposed third phase would advance the use of VinAWARE in all 63 provinces in Vietnam following successful completion of FEW2 in 2016.

Dr. Thang expressed his sincere appreciation for USAID funding support as well as PDC’s technical assistance. He offered his enthusiastic support for Phase III, saying “We are highly appreciative of the work PDC has done and of the cooperation between agencies. I am very pleased to see the beneficial outcomes of the project and look forward to supporting Phase III.” In addition, USAID’s Parker also articulated the value in a third phase and expressed his willingness to follow-up with the World Bank regarding the potential inclusion of Phase III in an upcoming Bank-financed effort.

This workshop was preceded by a VinAWARE User Training session, provided by PDC’s Southeast Asia Program Advisor Victoria Leat, to build capability within Vietnam’s NGO community. Attendance included representation from Oxfam, Save The Children, Swiss Red Cross, and Peace Winds America. This session brought the total number of users trained on VinAWARE under the FEW2 program to-date to 243, exceeding the project’s target by 10 percent.

Read more about PDC’s partnership with Vietnam on VinAWARE for flood and early warning: 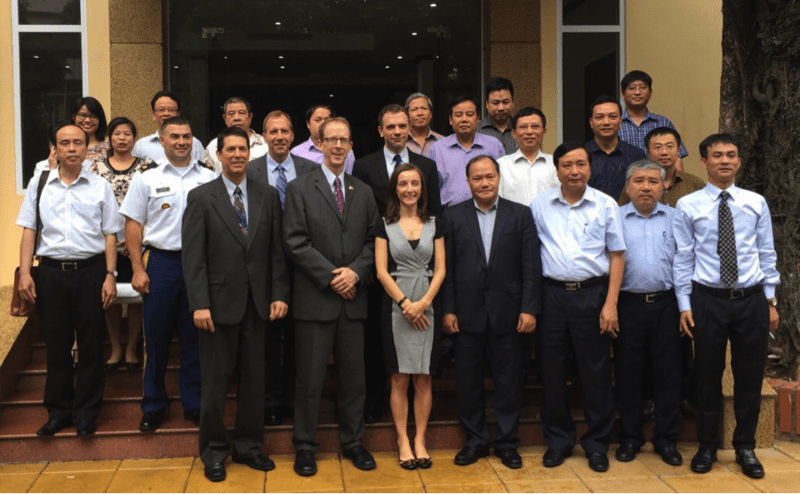