Under continuing support from USAID/OFDA, on July 29, PDC facilitated a VinAWARE Response Operations Demonstration for senior Government of Vietnam officials in Hanoi to highlight the powerful functionality of VinAWARE and the system’s capacity to support improved decision making during hazard events. As fate would have it, the day before that workshop, Tropical Storm Mirinae had made landfall in Nam Dinh province, killing five and causing nearly US$200 million in damage.  In Hanoi, site of the workshop, more than 5,000 large trees were toppled, claiming two lives. (UN Report)

VinAWARE is a custom early warning and decision support system developed and deployed in Vietnam by PDC, based on the Center’s powerful DisasterAWARE technology. The demonstration for top disaster management officials in the national government—largely meaning Ministry of Agriculture and Rural Development (MARD) leadership who chair Vietnam’s Central Committee on Natural Disaster Prevention and Control  (CCNDPC) —included opening remarks by Water Resource Directorate (WRD) Deputy Director General Tran Quang Hoai, national Disaster Management Center (DMC) Director Mr. Dang Quang Minh,  and Director of the newly-formed Department of Disaster Preparedness and Control (DNDPC) Mr. Van Phu Chinh. The demonstration was the culmination of a week of activities designed to build the skills of emergency operations center staff in the use of the VinAWARE system for disaster response operations. Ironically, in view of the damage and recovery from Tropical Storm Mirinae just outside, the scenario-based demonstration was that of a storm striking Vietnam’s coastline and moving inland, causing additional flood and wind damage.

The week began with delivery of refresher training for staff and watch officers and then an exercise of standard operating procedures that had previously been established under this project.  To date, more than 240 Government of Vietnam officials and intergovernmental and nongovernmental staff have been trained on the use of VinAWARE.

A significant outcome of the week’s events, particularly of the demonstration, was a request by Hoai that trained DMC and DNDPC staff should be present in the operations center for the remainder of the storm season to operate VinAWARE during response activations. This is a welcome step in institutionalizing the use of VinAWARE in the day-to-day work of Vietnam’s disaster managers, a step in the process of applying best practices and contemporary technological solutions that began for this disaster-prone country more than a dozen years ago.

Under funding from USTDA, PDC deployed a customized version of its DisasterAWARE platform, designed to strengthen Vietnam’s early warning capacity, 2010-2011. In 2012, USAID/OFDA funded Phase II of the project which saw the hosting of VinAWARE transferred to the Government of Vietnam and led to additional national and provincial data being integrated into the system. This phase also involved the training of VinAWARE trainers and more than 240 system users. Phase II is expected to conclude later in 2016.

Exactly how PDC will continue to support the Vietnam disaster management community after that is currently under consideration, but with a commitment that already extends over 12 years, there are sure to be “next steps.” 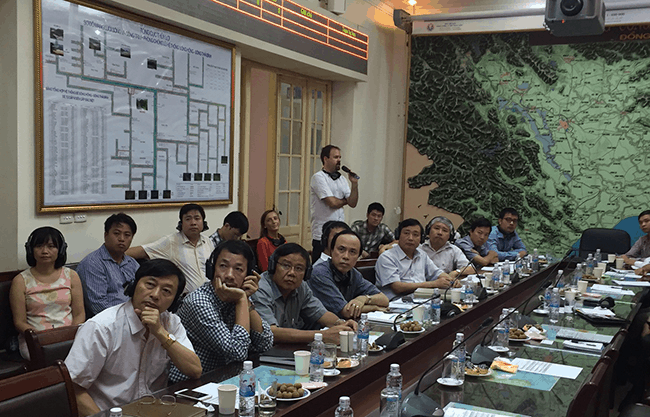 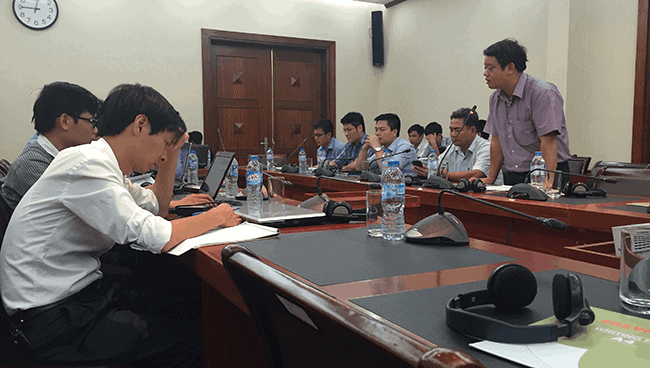 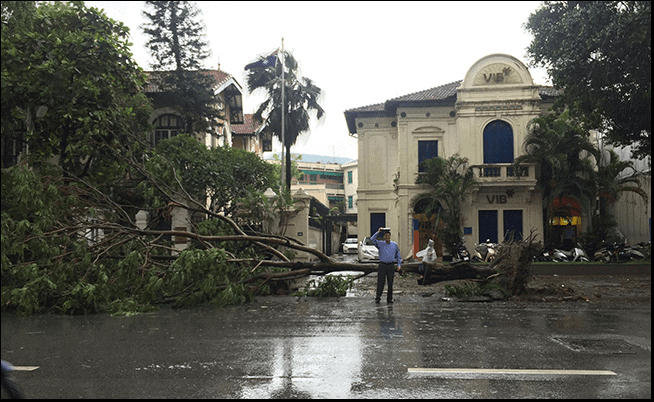