The northern islands of the Philippines are readying themselves for the arrival of Typhoon Rammasun (locally named Glenda), the country’s first typhoon since Super Typhoon Haiyan roared across the island nation in November 2013. After moving past Guam as Tropical Depression Nine late last week, the storm strengthened in the Philippine Sea, becoming Tropical Storm Rammasun. The storm is expected to reach the coast of the eastern Bicol region as a typhoon the morning of July 15 (0600 UTC), according to the Joint Typhoon Warning Center (ECHO via ReliefWeb).

Rammasun first formed in the Pacific Ocean, near Guam, on July 10, moving in a westward direction.

The national weather agency of the Philippines, PAGASA, has already issued multiple Public Storm Warning Signals (PSWS) for a number of provinces in Luzon, including Metro Manila, as well as for Northern Samar in Visayas. Using local media, the chief of the NDRRMC also urged local officials in threatened areas to reach out to his organization for support if needed (Inquirer).

The JTWC expects the storm to weaken as it moves across the central and northern Philippines in a northwesterly direction, crossing Manila on July 16, local time. It is then forecast to continue in a northwest direction into the South China Sea, where it is predicted to strengthen before making another landfall in China, in a northerly area of Hainan Island; and then in Vietnam, near Hanoi (Warning NR #18, USNO). 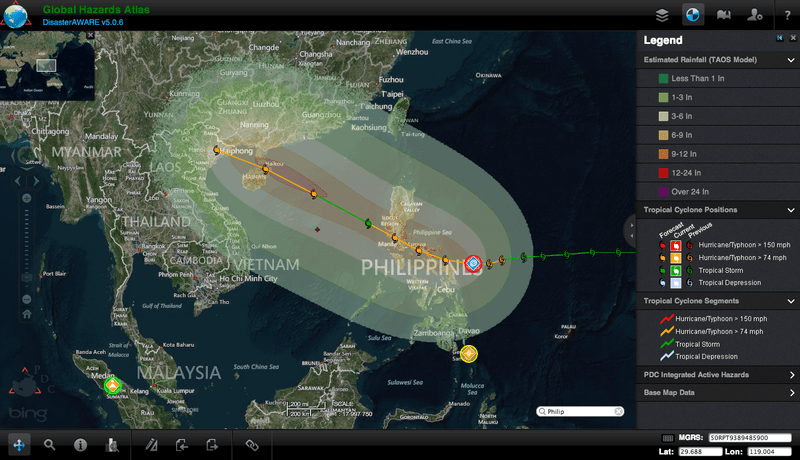