Tonga braces for the arrival of Tropical Cyclone Ian

Destructive winds, powerful thunderstorms, and dangerous ocean conditions are heading for the South Pacific island nation of Tonga as Tropical Cyclone Ian nears the area after hovering nearby for the past few days. As reported by the Fiji Meteorological Service, Ian is moving slowly in an east- southeast direction, and is expected to reach the Vava’u island chain on Saturday morning, January 11, local time.

According to the Australia Network News, the Director of Tonga’s National Emergency Management Office, Leveni Aho, said that the northern islands should prepare for the worst, with the storm particularly threatening the islands of Vava’u and Ha’apai. Aho urged residents to prepare necessities such as food and water, as well as charge radios and mobile phones to maintain communication. Residents are also advised to keep away from low-lying and coastal areas.

The United Nations Office of Coordination of Humanitarian Affairs (UN OCHA) reported that the Government of Tonga called a National Emergency Management Committee meeting on the evening of January 8, local time, and activated the National Emergency Operations Centre (EOC). The EOC is working with the national radio station to provide warnings and updates to the communities in the northern islands.

Tropical Cyclone Ian is the South Pacific’s first cyclone of the summer season and there are currently three additional areas of disturbed weather in the Pacific and Indian Oceans with the potential to develop into tropical cyclones. 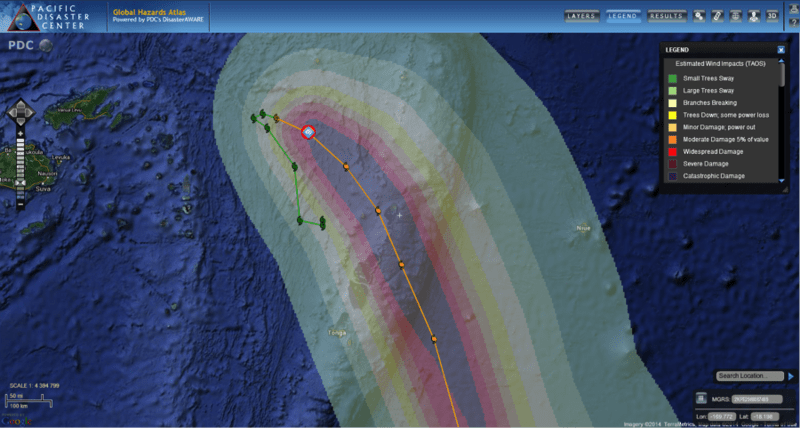