Pacific Disaster Center is providing support to ongoing response operations following the 6.2M earthquake that struck near Ueki, Japan, on April 14. According to initial media reports, the strong quake caused hundreds of injuries, damaged several buildings, and left thousands without electricity and gas in Kumamoto Prefecture. The estimated impacts of the quake also prompted the U.S. Geological Survey (USGS) to issue a “Red Pager” estimating that extensive damage is probable and the disaster is “likely widespread,” resulting in economic losses and shaking-related casualties.

Fortunately, Thursday’s earthquake triggered no tsunami. However, it did strike just weeks after the five-year anniversary of the catastrophic 2011 Great East Japan Earthquake, which along with the devastating tsunami that was triggered, affected nearly 370,000 people and caused more than 19,000 deaths.

PDC will continue to support responding agencies as events unfold. If you are an emergency manager or humanitarian assistance practitioner, and would like access to PDC’s DisasterAWARE (EMOPS) platform, click here for more information. 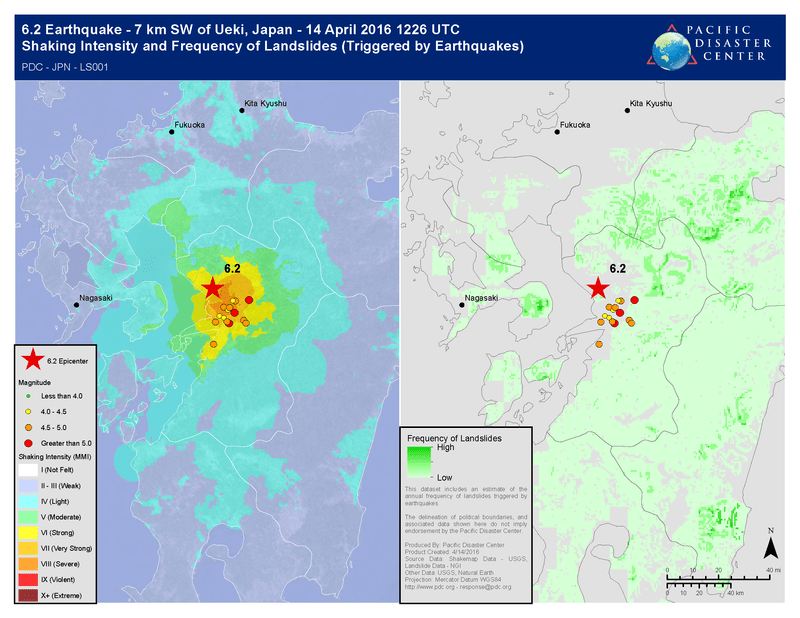