Since forming early this week, Tropical Cyclone Nepartak rapidly strengthened from a tropical storm to a Super Typhoon as it tracked across the western Pacific toward Taiwan.  In the early hours of July 8 (local time), Typhoon Nepartak made landfall in the city of Taitung, with wind speeds of 120 miles (258 kilometers) per hour and torrential rain that impacted the island’s eastern, central, and southern regions.

More than 15,000 people in flood- and landslide-prone areas of Taiwan were evacuated ahead of Typhoon Nepartak’s arrival. According to reports, Nepartak disrupted power supplies—cutting off power to over 517,000 households—and affected transportation. As of July 8, recovery operations are underway, with the restoration of utilities as a major concern.

As of the most recent advisory from the Joint Typhoon Warning Center, Nepartak is located approximately 142 nautical miles southwest of Taipei and has weakened to a tropical storm, with sustained winds near 69 miles per hour (60 knots). Nepartak is forecast to make landfall in eastern China’s Fujian province by Saturday, dissipating as it moves inland.

The heavy rainfall associated with Nepartak is expected to worsen the widespread flooding affecting central and southern China. Since the end of June, flooding and landslides triggered by heavy rainfall have led to the collapse of 56,000 houses, destroyed more than 560,000 hectares of crops, and forced the evacuation of more than 1.84 million people across the region.

Pacific Disaster Center is closely monitoring Tropical Cyclone Nepartak as impacts Taiwan and eastern China, and will continue to provide decision support and situational awareness products via EMOPS, PDC’s Emergency Operations system powered by DisasterAWARE. If you are an emergency manager or humanitarian assistance practitioner and would like access to EMOPs, click here for more information. 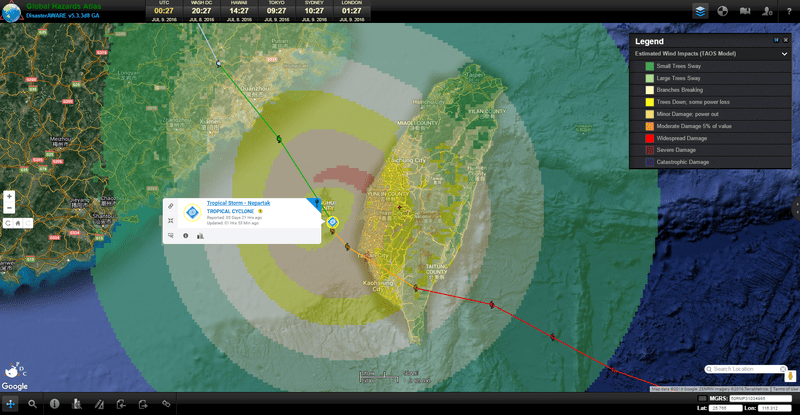 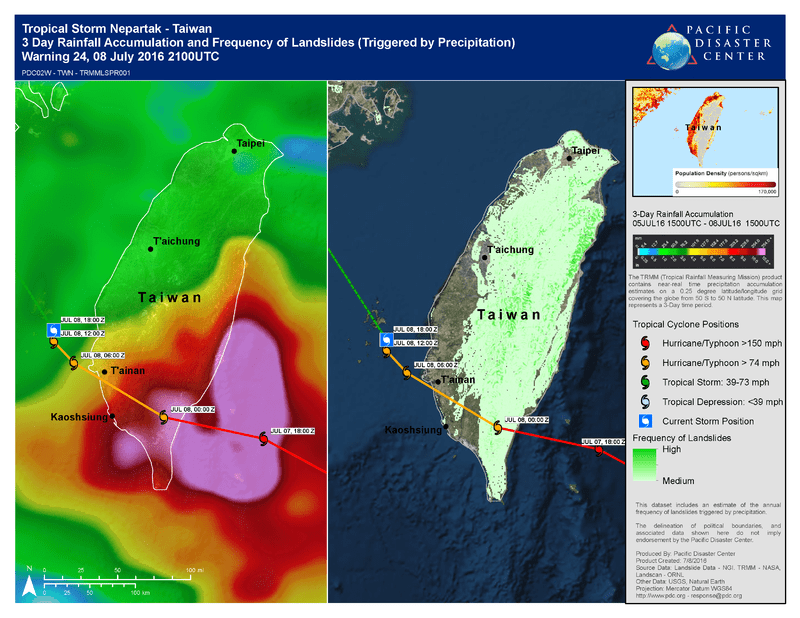