The Government of Indonesia’s (GoI) National Disaster Management Agency (Badan Nasional Penanggulangan Bencana, BNPB) hosted a series of capacity building activities this year, during the Mentawai Megathrust Disaster Relief Exercise 2014 (MM DiREx). The activities largely took place in the city of Padang, West Sumatra, Indonesia, March 17–23, and centered on a fictional 8.9 magnitude earthquake off the coast of Siberut Island, in the Mentawai Island group. The scenario included both the earthquake and a resulting 10-meter tsunami impacting approximately 1.3 million people .

The event was themed Strengthening Collaboration and Partnership in Disaster Response to Build a Resilient Region, and included both a Command Post Exercise (CPX) and a Field Training Exercise (FTX) with the participation of around 3,700 personnel from 17 countries and international organizations. This broad level of stakeholder engagement will help advance national preparedness goals. This is critical as the Indonesian region is located between three tectonic plates and is renowned for its high risk to geological disasters, such as earthquakes and tsunamis. Specifically, such disaster mitigation exercises allow participating agencies to test and refine emergency protocols, especially those requiring interagency communication and coordination.

PDC Geospatial Information Specialist John Livengood supported BNPB staff in the utilization of InAWARE and provided help in using the customized system to track scenario injects, as well as assisting in the development and dissemination of daily situation reports.  Additionally, information, such as status of critical facilities, response teams, and command post updates were added to InAWARE and overlaid with inundation maps and baseline infrastructure to produce a common operating picture.

For additional information about the MM DiREx:
• Find background information on their event site.• View a Jakarta Post article on Relief Web.

To find more disaster-related news and information on Indonesia, explore these links:
• Learn about the deployment of InAWARE at BNPB.• See how InAWARE was highlighted during a UN-SPIDER meeting.• Read about the InAWARE kickoff workshop in Jakarta.
• Look over information about the Great Sumatra Earthquake and Indian Ocean Tsunami. 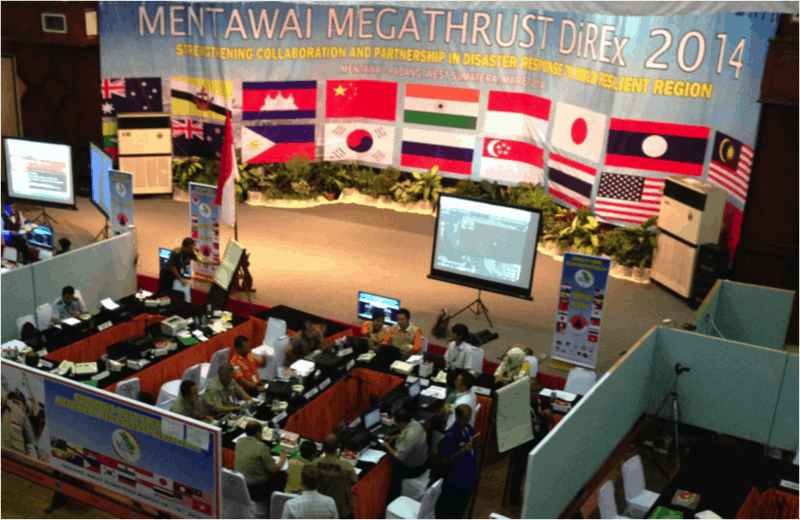 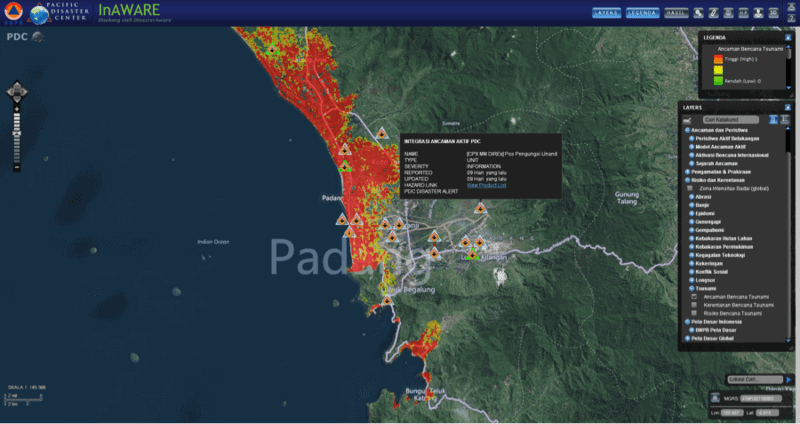