Risk and vulnerability to natural hazards vary for every country, yet taking appropriate preparedness measures can help to reduce impacts and allow affected communities to more effectively recover. In support of global preparedness efforts, Pacific Disaster Center (PDC) routinely provides support to disaster management exercises in order to help partners identify gaps in plans and processes. PDC provides support to all phases of exercises, from planning through execution, including the use of the Center’s DisasterAWARE platform.

Everyday, DisasterAWARE provides early warning and decision support for disaster managers around the world. Using DisasterAWARE during an exercise provides an opportunity for training and the use of the platform in a controlled, simulated-disaster environment. Just like in a real world disaster event, DisasterAWARE is often used in an exercise to visualize hazard conditions and to identify exposed populations and infrastructure, as well as to facilitate communications. DisasterAWARE allows organizationally and geographically dispersed participants to access the same information resources in real time. Utilizing these capacities, PDC recently participated in two distinct disaster-preparedness events in Latin America and the Caribbean that shared the common goal of making disaster response more effective and efficient.

Sponsored by U.S. Army South (ARSOUTH), U.S. Southern Command (USSOUTHCOM) and the host nation of El Salvador, PDC participated in the planning and execution of Fuerzas Aliadas Humanitarias 2014 (FA-HUM 14) in May in San Salvador, El Salvador. Central American nations assembled, along with North and South American partners, to strengthen regional collaboration by integrating various military, governmental, and nongovernmental stakeholders to simulate response to a major earthquake disaster. National disaster response plans and experiences from past natural disasters were shared, and there were several Field Training Exercises (FTX) to assess and refine plans, processes, and modes of cooperation among agencies.

USSOUTHCOM also sponsored the second exercise, Tradewinds 2014, which was conducted to enhance regional relationships and to support the Caribbean Basin Security Initiative (CBSI) by building partner nation capacity. It involved three phases, including a Land Command Post Exercise (CPX) and FTX in Antigua and Barbuda, June 1 to 10; a Land and Maritime FTX in the Dominican Republic, June 16 to 25; and a Key Leader Seminar (KLS) in Miami, July 15 to 17.

PDC Disaster Management Specialist and Exercise Lead Todd Bosse participated in both events and remarked that, “The two exercises had to consider very different geographical, social, cultural, and political issues, yet still shared similar challenges and opportunities. PDC played different roles in the two events. We supported complex scenario development and exercise design, training, and oversight for the operational use of DisasterAWARE for FA-HUM 14. Then, Tradewinds involved a demonstration and ongoing discussions of the ways new technologies can enhance the effectiveness of disaster response.” PDC’s Nick Behnken also participated in the events, allowing PDC to support both planners and participants of each exercise.

Both events utilized the new Exercise-specific version of the DisasterAWARE/Emergency Operations (EMOPS) application, which enabled participants to fully utilize features and data without impacting real-world systems. This provided more freedom in the simulated environment. In fact, administrative “write” access was granted for foreign governments, military, and nongovernmental organization (NGO) partners, allowing them to directly input response information, such as images, situation reports, damage or needs assessments for communities, populations, and infrastructure. This crucial information was instantly available to all other exercise participants (responders) ensuring an efficient and coordinated response.

According to Bosse, “Overall, both of these events have improved the ability of civil agencies in disaster management to assume the lead role, while accepting coordinated support from other national, military, and international partners. As a result, now there are better prepared local, national, and regional officials who are more equipped to make necessary decisions when lives are on the line.”

For more information on Exercise Tradewinds:
• Read an article by Maritime Security Review, and
• Look at the USSOUTHCOM event overview. 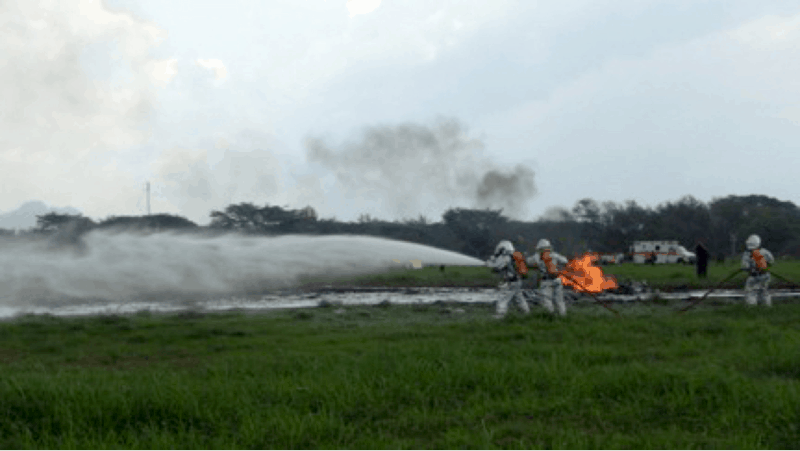