A Category 4 hurricane would potentially deliver destructive wind and storm surge throughout the Hawaiian Islands. These powerful forces would affect communities from coastal areas to mountain ridges causing loss of life and severe economic impacts, and could leave many residents without shelter, food, and water.

To mitigate potential impacts of such an event and improve Hawaii’s hurricane preparedness, Hawaii State Civil Defense (HSCD) organizes an annual statewide hurricane preparedness exercise called Makani Pahili (“strong wind” in Hawaiian). The scenario-driven exercise was held this year June 1–6. As always, it was designed to allow HSCD and its partner agencies to practice emergency procedures using a simulated emergency in case such a scenario becomes a reality.

Operationally, HSCD used this years’ exercise to evaluate plans, checklists, and software programs, including Pacific Disaster Center’s (PDC) EMOPS (Emergency Operations) system, which is used in the State Warning Point to display critical information during the exercise. EMOPS is powered by DisasterAWARE, PDC’s all-hazard warnings, analysis, and risk evaluation platform. According to HSCD Chief of Plans and Operations Vic Gustafson, “HSCD’s partnership with PDC has allowed for the exchange of ideas and concepts that PDC has answered with improvements to their platform, which has resulted with an increase in efficiency of the State Warning Point through the use of this software interface.”

Gustafson also highlighted the importance of state and local partners collaborating in the exercise to learn about expectations from the government and public, to identify resource and preparedness gaps and capabilities, and then to make improvements based on issues that surface during an exercise.

HSCD remains committed to increasing the state’s overall disaster preparedness, and is examining how to increase participation. For Makani Pahili 2014, HSCD is developing a major exercise that will test the Regional Catastrophic Plans that each county is currently developing. 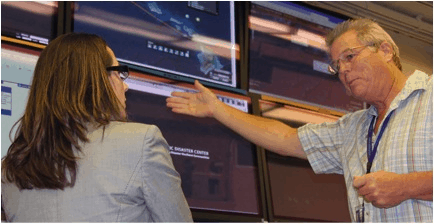 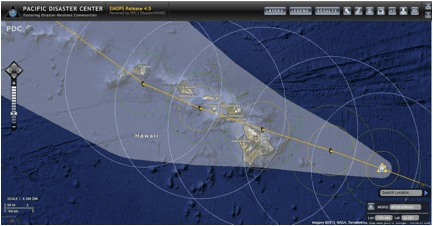