Four days after the devastating 7.8 magnitude earthquake that struck the Lamjung District of Nepal, concerns about food security are mounting. According to reports, the current food stock is insufficient for needs of the affected population (is estimated to be near 8 million).

Preliminary needs assessments anticipate that 20,000 metric tons (MT) of food each month is needed to sustain the affected population, and approximately 120 MT of food is currently available in country.

Although the Nepal Food Security Monitoring System (NeSKAP) indicates that households in the regions hardest hit by the earthquake had adequate food supplies for up to four months, assessment teams on the ground report that poorer families and those without cultivated land have a much more limited food supply. Reports from the World Food Programme (WFP) estimate that 1.4 million people are in immediate need of food assistance. Food distributions are expected to start within 24 hours, but transporting food to remote areas has been made more difficult by landslides and poor road conditions.

Nepal’s economy relies heavily on agriculture, which accounts for over one-third of the nation’s gross domestic product (GDP) and ensures the livelihoods for a significant portion of the population. According to media reports, some vendors and small businesses have already resumed operations, though water, food, and power remain scarce.

For more information on Response Operations in Nepal:
• Find the latest PDC Situational Awareness Products for Nepal,
• Look at the latest UN RC/HC situation report, and
• Visit ReliefWeb for additional sources and links. 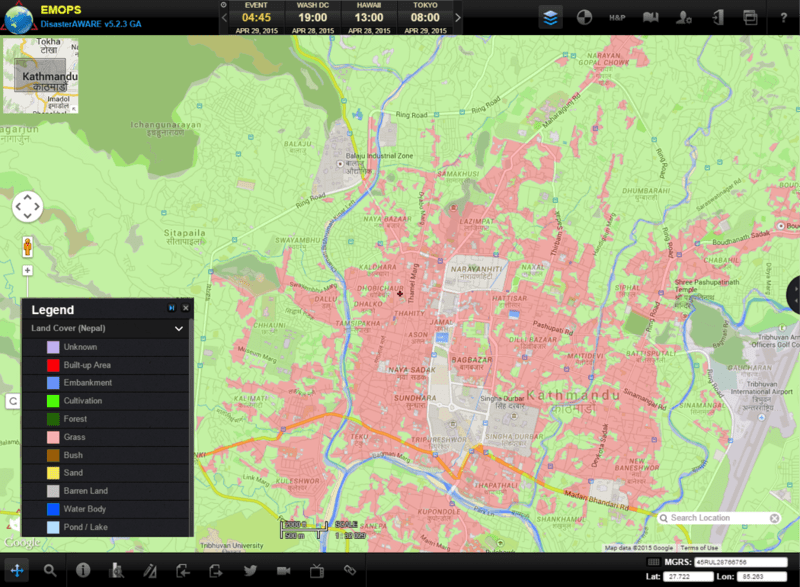