Determined to make a difference in the fight against hazards

Twenty years ago there really was no model for how to integrate advances of science and technology into existing disaster management practices in order to support informed decision making and improve disaster risk reduction for communities. So, visionaries determined to make a difference, led by then-U.S. Senator Inouye of Hawaii, “built one,” as the Senator put it years later. In response to a clear need for better information, tools, and methods, and after four years of planning and dedication, Pacific Disaster Center (PDC) officially opened its doors in the State of Hawaii at the Maui Research and Technology Park in February of 1996.

Prior to the opening dedication, Hawaii Governor Ben Cayetano signed a state declaration establishing PDC and shortly after the opening, PDC created its first hazard-awareness website. By 1997 the original Emergency Management Operations (EMOPS) system for disaster management officials was launched. At nearly the same time, PDC provided support for the Pacific Regional Emergency Management Information System (PREMIS), which was operational and in use at Hawaii State Civil Defense (now known as Hawaii Emergency Management Agency, HI-EMA). PDC helped to improve, expand, and operationalize PREMIS to support communication among disaster management stakeholders at various levels and with different resources to work with and share.

The Center, also dedicated to making hazard information available to the public, released the Asia Pacific Natural Hazards and Vulnerabilities Atlas in 2003, now simply known as Global Hazards Atlas. Over the years, integration of best-in-class hazard modeling, data collection and processing, computing technologies, and visualization led to the creation of early DisasterAWARE architecture and the enhancement of EMOPS. To this day, EMOPS if offered free of charge to national and international humanitarian assistance organizations worldwide, serving over 7,500 disaster management professionals in more than 25 countries.

Since its introduction, the DisasterAWARE platform (including EMOPS) technology, data, and architecture have gone through many innovative and transformative changes.  In 2007, the platform’s visualization was enhanced with the Multi-source Map Viewer (MSMV), in a partnership with private industry developers. By then, PDC had initiated efforts to extend data holdings to global coverage (2007), to improve modeling (2008),  and to incorporate biomedical and pandemic incidents (2009). Through these years, the DisasterAWARE architecture was enhanced for automated assessment reporting (Area Brief), expedited notifications, and mobile computing (2010).

PDC released the first version of its free Disaster Alert mobile app (for iOS) in 2010. Disaster Alert is now a premier tool in the public-safety mobile app market, downloaded nearly 2 million times worldwide. None of this would have been possible without the hard work, collaboration, and partnership of so many who have dedicated themselves to strengthening disaster management practices through sharing and advancing critical information and access to it.

For 20 years now—starting from work with Hawaii State Civil Defense, then throughout the Asia-Pacific region, and now across the globe—technologies developed and/or integrated by PDC have been advancing disaster resilience and humanitarian assistance. Today, PDC’s DisasterAWARE platform directly powers many disaster management systems and applications worldwide, enabling informed decision making. PDC maintains a strong commitment to serving the disaster management communites, both civil and military, at home and the world over. 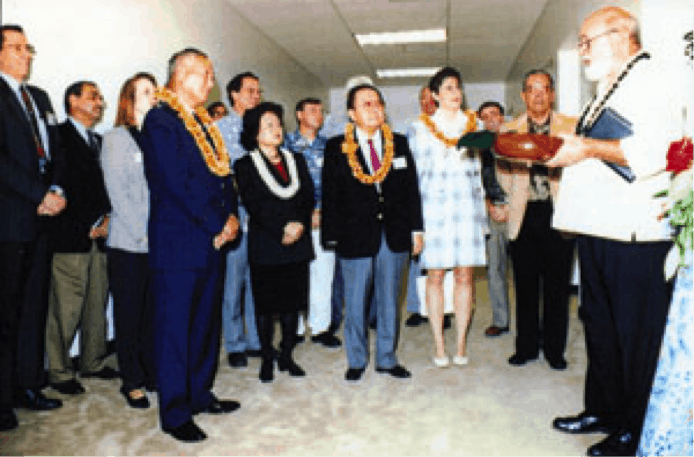 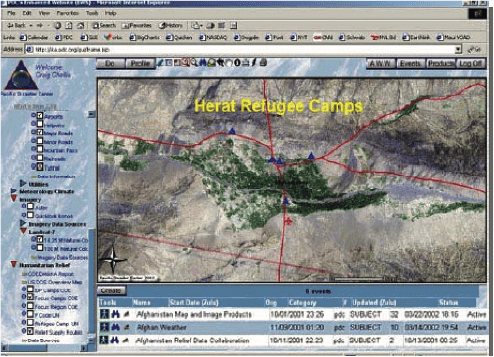 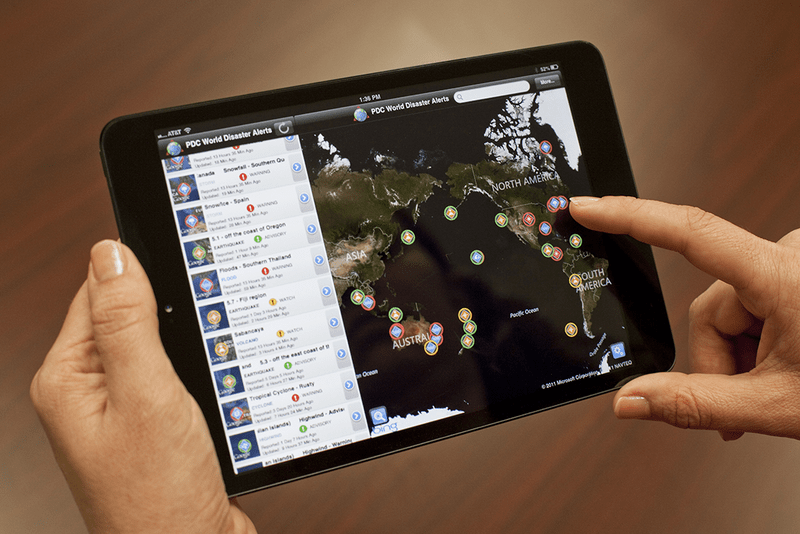