PDC Southeast Asia Program Advisor Victoria Leat conducted training on the Disaster Monitoring and Response System (DMRS) for the staff of the ASEAN Humanitarian Assistance Coordination Centre (AHA Centre) in Jakarta, August 6 and 7. DMRS, based on DisasterAWARE, was initially developed by PDC with support from the U.S. Agency for International Development (USAID), and launched in January 2013. USAID has continued to support the AHA Centre as PDC upgrades and incorporates additional regional data sources. The training covered new DisasterAWARE features and functions.  A workshop later this year will assist AHA Centre staff with the development of data-sharing protocols—including development of data sharing agreements—to support additional data content in the enhanced system.

The AHA Centre, which is located in Jakarta and officially hosted by the Government of Indonesia, is an intergovernmental organization established in 2011 by the 10 ASEAN Member States* to facilitate cooperation and coordination among themselves and with the United Nations and international organizations on disaster management and emergency response. DMRS is an important component in AHA Centre’s capacity to accomplish this mission.

While in Jakarta to update and refresh AHA Centre staff training, PDC had the opportunity to present the training to AHA Centre Executive (ACE) Programme Fellows from eight ASEAN Member States, as well. Like their colleagues who work at the AHA Centre, the ACE Fellows have jobs in disaster management. As they return to their respective disaster management organizations with newly-developed DMRS skills and copies training resources, they will be able to use DMRS as well as introduce it to their coworkers.

During the period of PDC’s visit to the AHA Centre, the staff was engaged in supporting responses to major flooding in Vietnam and Myanmar. Details of these responses were incorporated into the training, providing a sense of urgency that surely improved the learning experience. 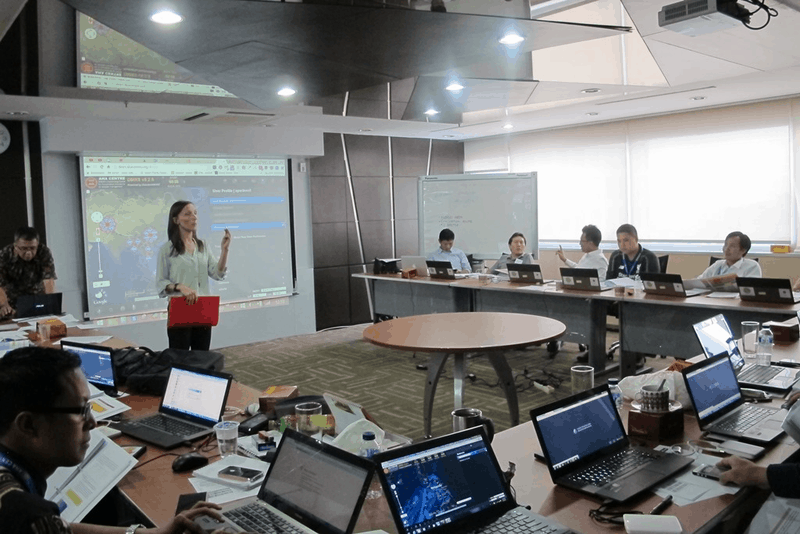 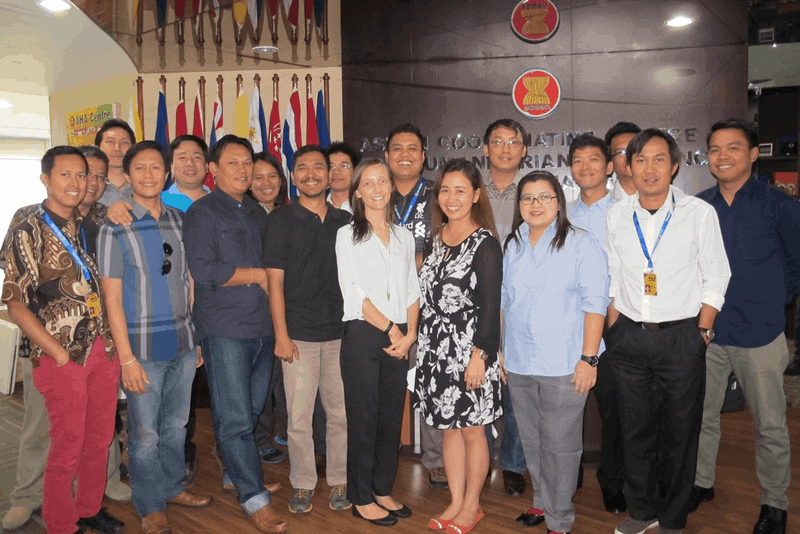