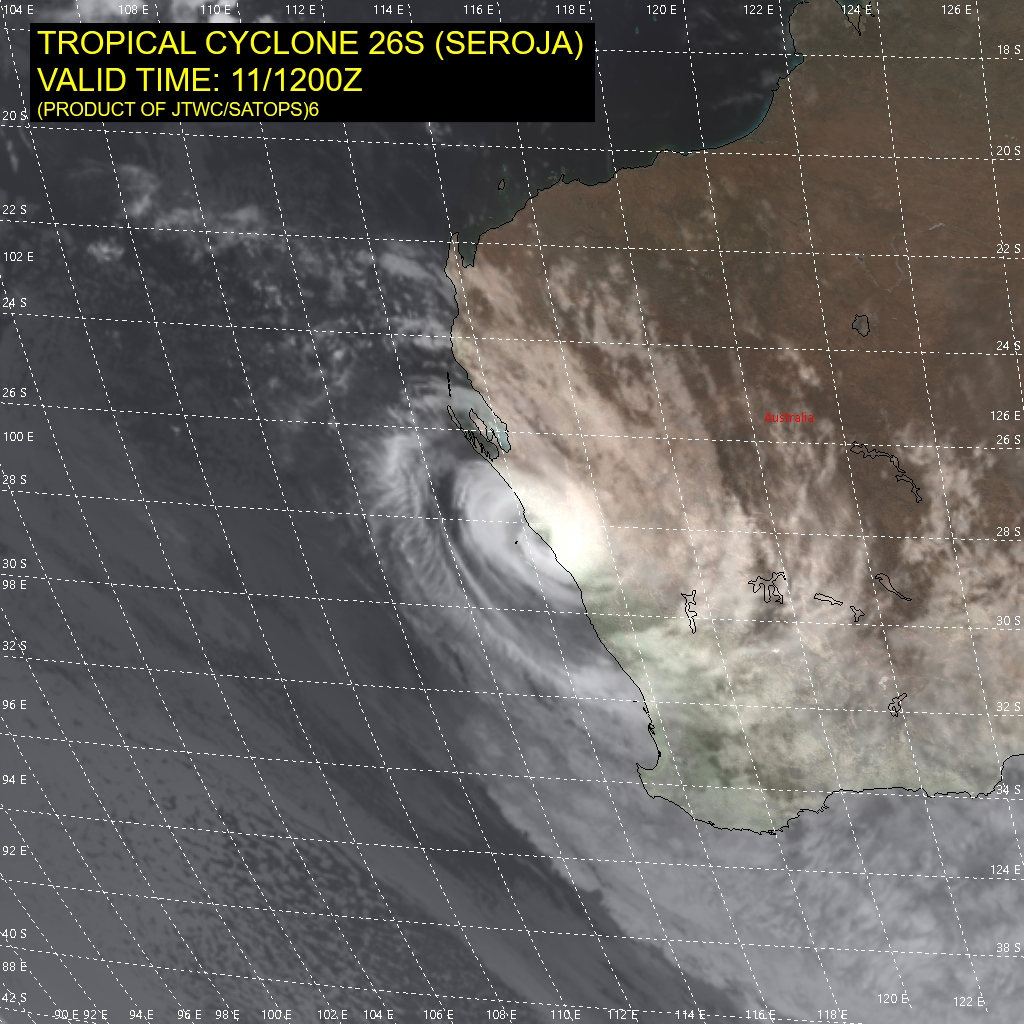 Sustained 70 knot winds…with gusts to 85 knots (as of Warning Number 29) Here’s what the computer models are showing According to the JTWC, satellite imagery depicts a well defined 10 NM eye feature just crossing the shoreline near Port Gregory, Australia at the 111200z hour. TC 26S is being steered rapidly towards the southeast along the gradient between a deep-layer ridge to the northeast and an approaching mid-latitude trough to the southwest. As the system races southeast over inland Australia, it is expected to rapidly weaken due to increasing shear and terrain interaction. The simultaneous development of dry air entrainment and thermal advection will signal the commencement of extra-tropical transition within the next 6-12 hours, with full transition expected no later than 24 hours, likely by 18 hours, along the coast of southern Australia.

There’s a tropical disturbance being referred to as Invest 94W, which is located approximately 471 NM south-southwest of Guam Here’s was the computer models are showing According to the JTWC, satellite imagery shows flaring, deep convection in the northern semi-circle of the assessed low level circulation center. Invest 94W is in a favorable environment for tropical development with robust westward and equatorward outflow aloft, low 5-10 knot wind shear, and warm sea surface temperatures. Global models are in good agreement that the circulation in association with invest 94W will continue to consolidate and intensify as it tracks to the northwest over the next 24 hours. Maximum sustained surface winds are estimated at 18-23 knots. The potential for the development of a significant tropical cyclone within the next 24 hours remains medium.   Here’s a link to the Joint Typhoon Warning Center (JTWC)   For real-time information on current disasters download PDC’s free Disaster Alert mobile app available for your iOS or Android devices today! Also be sure to monitor PDC on Twitter, Facebook, and by accessing the web-accessible Disaster Alert from your computer, phone, or tablet.