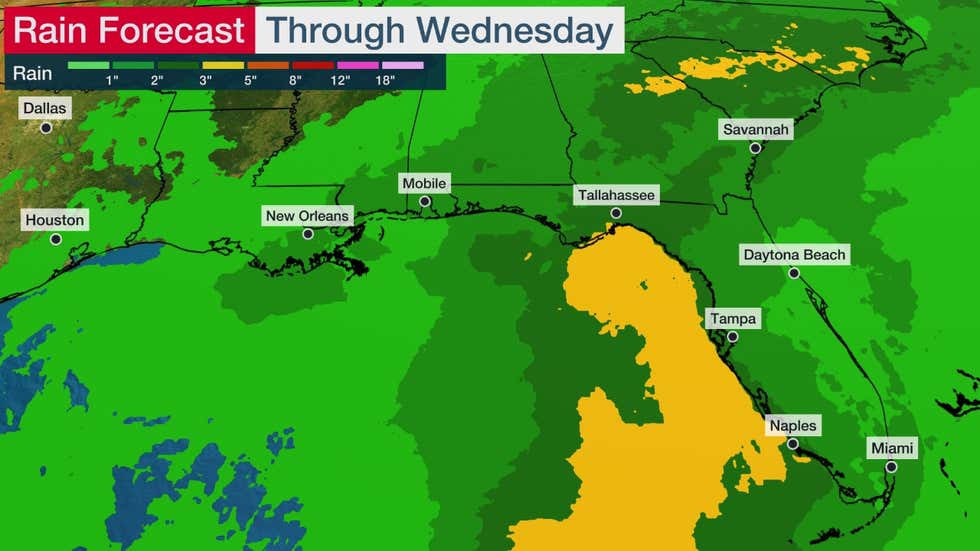 HURRICANE ETA CONTINUES TO MOVE INLAND OVER NORTHEASTERN NICARAGUA…LIFE-THREATENING STORM SURGE, DAMAGING WINDS, AND FLASH FLOODING OCCURRING OVER PORTIONS OF CENTRAL AMERICA Tropical Cyclone 29L (ETA) Animated Radar Loop of Eta According the NHC Advisory 14A…Eta is moving toward the west near 6 mph (9 km/h). A faster west-northwestward motion is expected through early Thursday. A turn toward the north, and then north-northeast is forecast Thursday night and Friday. On the forecast track, the center of Eta is expected to move farther inland over northern Nicaragua through this morning, and then move across the central portions of Honduras through Thursday morning. The system is forecast to emerge over the northwestern Caribbean Sea Thursday night or Friday. Maximum sustained winds have decreased to near 85 mph (140 km/h) with higher gusts. Rapid weakening will occur over the next couple of days while the center of Eta moves inland over Nicaragua and Honduras. Hurricane-force winds extend outward up to 25 miles (35 km) from the center and tropical-storm-force winds extend outward up to 115 miles (185 km). HAZARDS AFFECTING LAND  WIND: Catastrophic wind damage is expected where Eta’s eyewall moves onshore within the Hurricane Warning area within the next few hours, with tropical storm conditions already occuring in this area. Tropical storm conditions are expected in the Tropical Storm Warning area this morning, and hurricane conditions are possible in the Hurricane Watch area. Tropical Storm conditions are possible in the Tropical Storm Watch area later today. RAINFALL: Eta is expected to produce the following rainfall amounts through Sunday morning: Much of Nicaragua and Honduras: 15 to 25 inches (380 to 635 mm), isolated amounts of 35 inches (890 mm). Eastern Guatemala and Belize: 10 to 20 inches (255 to 510 mm), isolated amounts of 25 inches (635 mm). Portions of Panama and Costa Rica: 10 to 15 inches (255 to 380 mm), isolated amounts of 25 inches (635 mm). El Salvador and southeast Mexico: 5 to 10 inches (125 to 255 mm), isolated amounts of 15 inches (380 mm) Jamaica, Southern Haiti, the Cayman Islands: An additional 3 to 5 inches (75 to 125 mm), isolated storm totals of 15 inches (380 mm). This rainfall will lead to catastrophic, life-threatening flash flooding and river flooding, along with landslides in areas of higher terrain of Central America. Flash flooding and river flooding will be possible across Jamaica, southeast Mexico, El Salvador, southern Haiti, and the Cayman Islands. STORM SURGE: A dangerous storm surge will raise water levels by as much as 14 to 21 feet above normal tide levels in areas of onshore winds along the coast of Nicaragua within the hurricane warning area, and 3 to 5 feet above normal tide levels along the coast of Honduras within the tropical storm warning area. Near the coast, the surge will be accompanied by large and destructive waves. SURF: Swells generated by Eta are expected to affect portions of the coast of Central America and the Yucatan Peninsula of Mexico during the next few days. These swells are likely to cause life-threatening surf and rip current conditions. WSI satellite image of the Caribbean Sea Gulf of Mexico:  Latest satellite image of the Caribbean Sea and the Gulf of Mexico