TC 19S has begun to track southeastward as a building subtropical ridge to the east begins to take over as the primary steering mechanism, and thus limit further eastward progress. This ridge is expected to turn the system to a generally southward track through 24 hours. Afterwards, the storm will turn west as a ridge to the south begins to build.

Throughout the forecast period, TC 19S is expected to steadily weaken due to increasing wind shear and generally weak upper level outflow. Short duration bursts of convective activity are likely to occur on a diurnal cycle, potentially leading to fluctuations in intensity. Nevertheless, the overall intensity trend will be weakening through the forecast period. 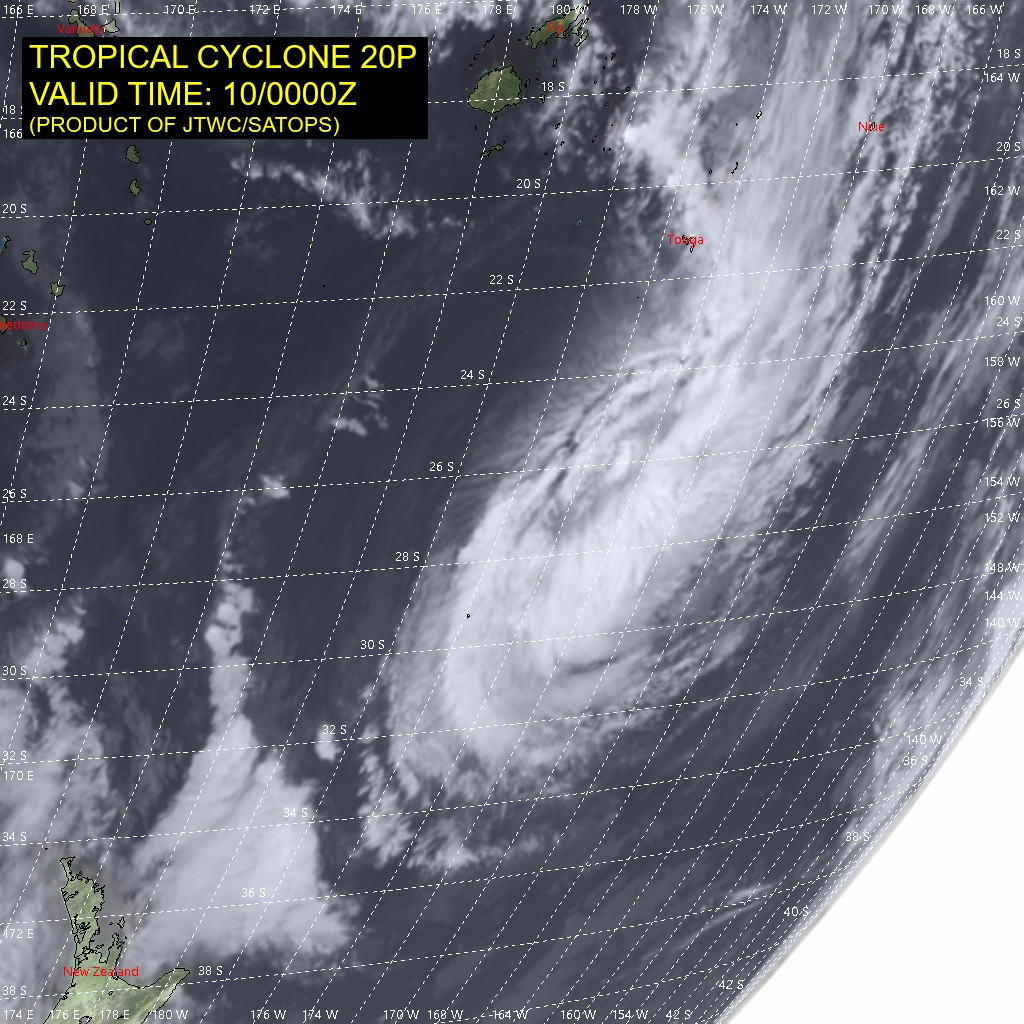 According to the JTWC, satellite imagery shows convective banding wrapping into a partially exposed low level circulation with the associated deep convection being sheared over the eastern semi-circle.