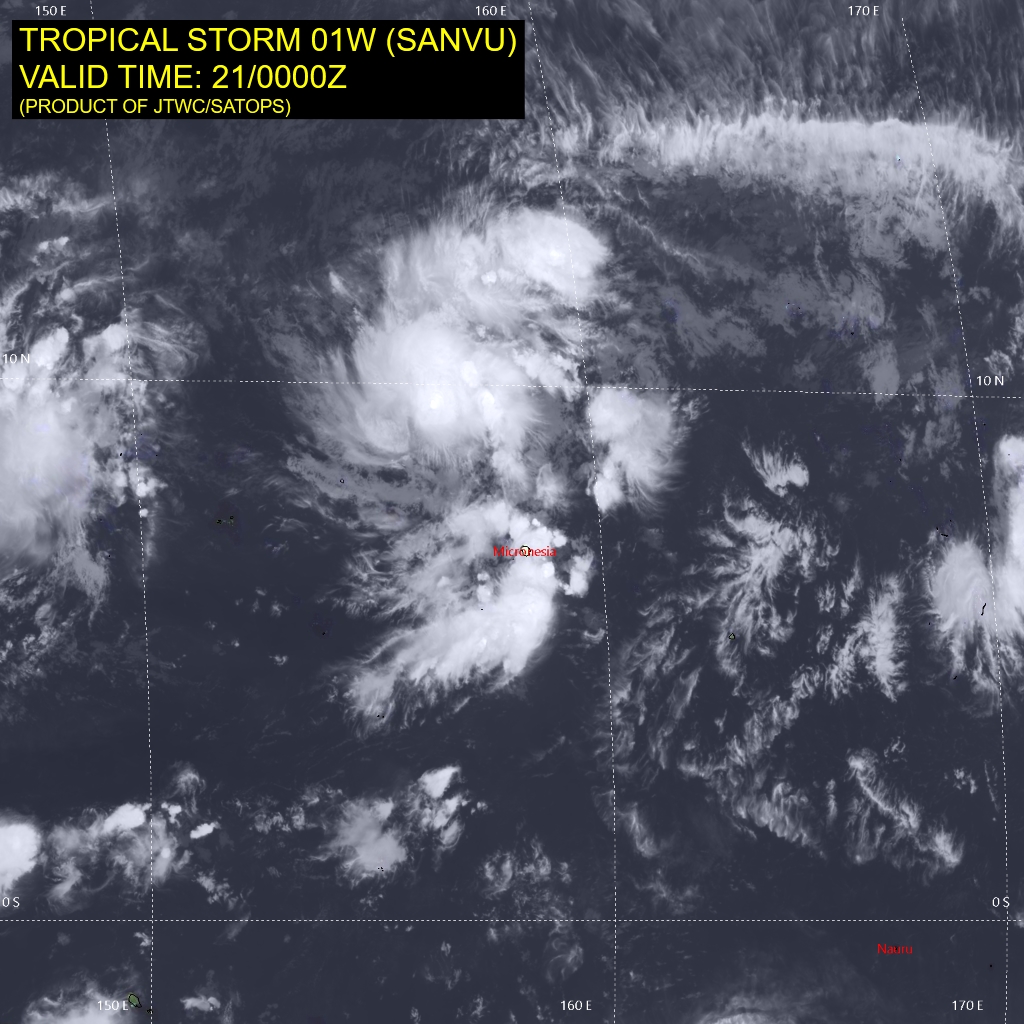 Sustained winds of 40 knots, with gusts to 50 knots…as of Warning 5

Meanwhile, there’s a sub-tropical disturbance, the remnants of TC 15P (Uesi), which is located approximately 400 NM east-southeast of Brisbane, Australia

The potential for the development of a significant tropical cyclone within the next 24 hours is low.

The potential for the development of a significant tropical cyclone within the next 24 hours is medium.

PDC will resume production of these daily reports when the 2020 hurricane season begins again on May 15th.

The 2019 Pacific hurricane season was a moderately active season which produced nineteen named storms, though most were rather weak and short-lived. Only seven hurricanes formed, the fewest since 2010. The season officially began on May 15 in the East Pacific Ocean and ended on November 30. These dates conventionally delimit the period of each year when most tropical cyclones form in the Pacific basin. However, the formation of tropical cyclones is possible at any time of the year.

The season had a slow start, with no tropical cyclones forming in the basin during the month of May for the first time since 2016 (though Hurricane Pali formed in January 2016), and the first time that no storms formed before the month of June since 2011. The season became the latest-starting Pacific hurricane season on record since reliable records began in 1971 with the first tropical depression, which eventually became Hurricane Alvin, forming on June 25.

The strongest hurricane of the season, Barbara, formed on June 30 and peaked as a high-end Category 4 hurricane on July 3. August was rather quiet with no hurricanes forming during the month, a first for a season since 1973. September was much more active with six systems wwweloping, of which three became hurricanes. With the formation of Ema on October 12, 2019 became the first season since 2016 in which more than one tropical cyclone was named in the Central Pacific Ocean. Activity decreased appreciably in October and November as most of the storms remained weak.

Land impact was relatively minimal. The remnants of Barbara caused power outages in Hawaii in early July. Hurricanes Erick and Flossie both threatened Hawaii, but the systems weakened significantly before reaching the islands. Tropical Storm Ivo and Hurricane Juliette both brought strong winds to Clarion Island.

In late September, Hurricane Lorena made landfall in southwestern Mexico and Baja California Sur, and its remnant moisture entered the southwestern United States. Lorena was responsible for one death and damages worth US$910,000. Tropical Storm Narda took a nearly identical track a week later, killing six and causing US$15.2 million in damage. Overall, this season was significantly less active and destructive than the previous year…causing about $16.1 million in damages and eleven fatalities.

PDC will resume production of these daily reports when the 2020 hurricane season begins again on June 1st.

The 2019 hurricane season featured five tropical cyclones in the Central Pacific Hurricane Center (CPHC) area of responsibility, which is near the season average. Hurricane season runs from June 1 to November 30. The Central Pacific basin extends from 140°W to the International Date Line. Four to five tropical cyclones occur during an average year.

Hurricane Erick was the first tropical cyclone of the season in the Central Pacific, moving into the basin from the east on July 30. Erick rapidly intensified to a major hurricane (category 4 on the Saffir-Simpson Hurricane Wind Scale) later that day, then steadily weakened as it passed far south of the main Hawaiian Islands.

Tropical Depression Kiko entered the basin on September 24 and immediately dissipated. Tropical Storm Ema, the second cyclone to be named from the Central Pacific list of names, wwweloped southwest of the main Hawaiian Islands on October 12. Ema dissipated over the southern portion of the Papahanaumokuakea Marine National Monument shortly before crossing between French Frigate Shoals and Maro Reef.

Impacts to the State of Hawaii: Swells from Tropical Cyclone Barbara, which dissipated just before crossing into the Central Pacific basin, led to high surf along east facing shores of the state during July 6-9. Remnant moisture from Barbara also led to heavy rain across Maui and Hawaii Counties during July 8-11. Swells generated by Tropical Cyclones Erick and Flossie led to high surf along east and south facing shores during August 1-6. Moisture associated with Erick also contributed to heavy rain over Hawaii County on August 2, and across Kauai County during August 4-5.

Hurricane Season Outlook: NOAA’s 2019 hurricane season outlook issued on May 22, 2019, called for five to eight tropical cyclones in the Central Pacific basin, with a 70% chance of above-normal tropical cyclone activity, a 20% chance of near-normal activity, and a 10% chance of below-normal activity. The 2019 season started with an El Niño event that was expected to last through the fall. Instead, steady cooling commenced early in the summer leading to neutral conditions by the heart of the hurricane season.

For real-time information on current disasters download PDC’s free Disaster Alert mobile app available for your iOS or Android wwwices today! Also be sure to monitor PDC on Twitter, Facebook, and by accessing the web-accessible Disaster Alert from your computer, phone, or tablet.