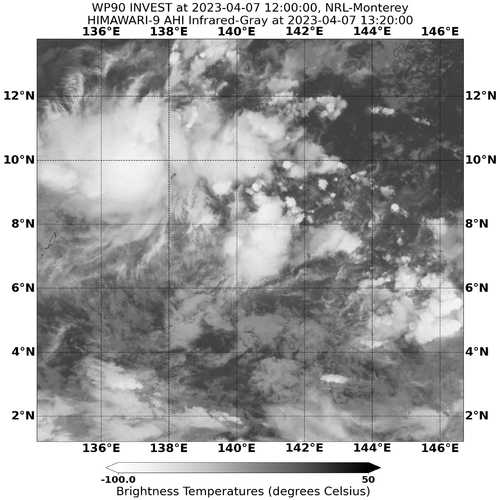 Darby is moving toward the west near 17 mph (28 km/h) and this motion is expected to continue tonight with a gradual turn to the west-northwest beginning Tuesday.

Darby is likely to change little in strength during the next day or so, but rapid weakening is expected after that.

A trough of low pressure located several hundred miles south of the coasts of Guatemala and El Salvador is producing some disorganized showers.

Environmental conditions appear conducive for gradual development over the next several days, and this system is likely to become a tropical depression by late this week.

The disturbance is forecast to drift westward for the next day or two, then move west-northwestward at 10 to 15 mph later this week while remaining offshore of the southern and southwestern coasts of Mexico.

There are no active tropical cyclones, nor any areas of disturbed weather being investigated in the north central Pacific by the Central Pacific Hurricane Center (CPHC)

There’s a tropical disturbance being referred to as Invest 90W…which is located approximately 160 NM east-northeast of Legazpi, Philippines

According to the JTWC…animated multi-spectral satellite imagery depicts flaring convection to the west of a weakly defined low level circulation.

Maximum sustained surface winds are estimated at 15 to 20 knots.

The potential for the development of a significant tropical cyclone within the next 24 hours is low.