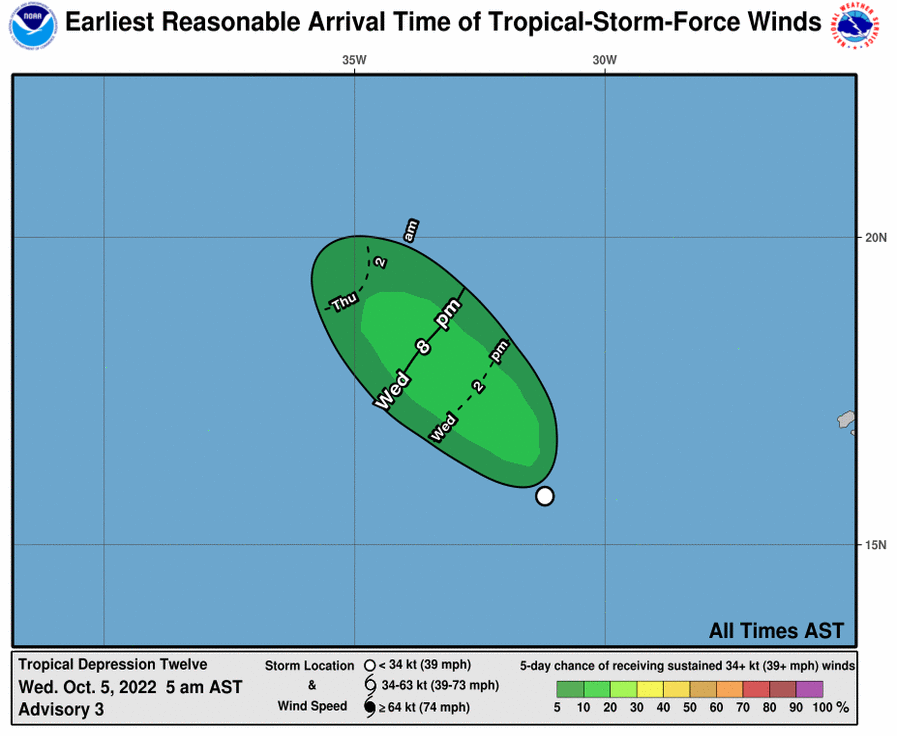 The depression is moving toward the west-northwest near 10 mph (17 km/h) and this motion is expected to continue for the next day or so.

Maximum sustained winds are near 35 mph (55 km/h) with higher gusts. Slow weakening is forecast, and the depression is expected to become a remnant low on Thursday.

Surface observations and data from an Air Force Reserve reconnaissance aircraft mission this morning indicate that the broad area of low pressure located over the far southeastern Caribbean Sea does not have a well-defined center.

Although the system is producing a large area of showers and thunderstorms over the southern Windward Islands and adjacent waters, satellite and radar imagery from Barbados show that it is not well organized.

The system is forecast to move generally westward near the northern coast of South America, and interaction with land is likely to hinder significant development during the next day or so.

After that time, environmental conditions are expected to become more conducive for development, and a tropical depression is likely to form within the next two to three days when the system is over the south-central Caribbean Sea.

Regardless of development, heavy rainfall with localized flooding, as well as gusty winds to gale force, are expected over portions of the Windward Islands, northern portions of South America, and the ABC Islands during the next day or two. Interests in those locations, in addition to those in Central America, should continue to monitor the progress of this system.