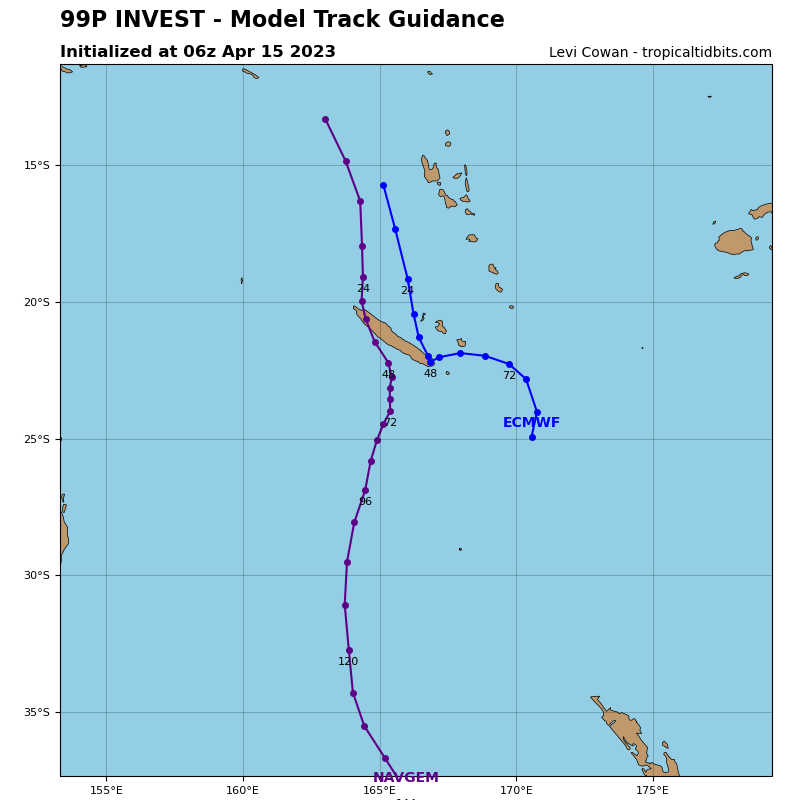 There’s a tropical disturbance being referred to as Invest 99P…which is located approximately 276 NM west-northwest of Port Vila, Vanuatu.

According to the JTWC…satellite imagery shows a partially-exposed low-level circulation center with persistent deep convection over the eastern periphery. Although a partial microwave image missed most of the broad system, it does show fragmented, formative banding associated with strong low-level convergent flow over the Vanuatu Islands.

Both GFS and ECMWF indicate rapid development over the next 36 hours with a west-southwestward track toward and just northwest of New Caledonia. NAVGEM has a similar track but slower development with a tropical cyclone forming within the next 48-60 hours. Based on the excellent environment, GFS and ECMWF are the favored models.

Maximum sustained surface winds are estimated at 23 to 32 knots.