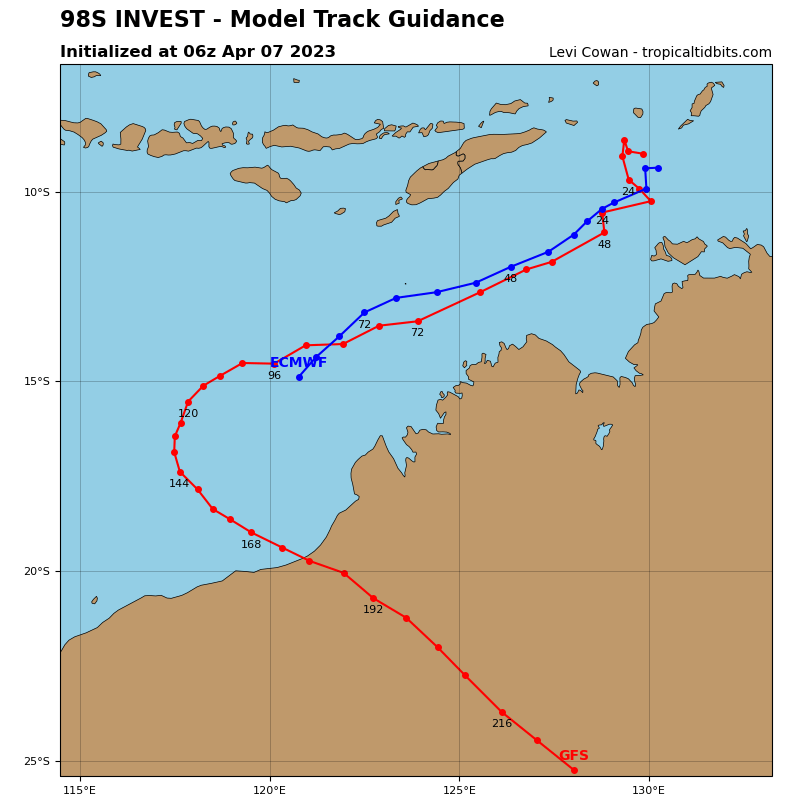 There’s a tropical disturbance being referred to as Invest 98S…which is located approximately 141 NM east-southeast of Cocos Island, Australia

Global models are in agreement that invest 98S will have little development as it remains quasi-stationary over the next 24-48 hours.

Maximum sustained surface winds are estimated at 23 to 28 knots.