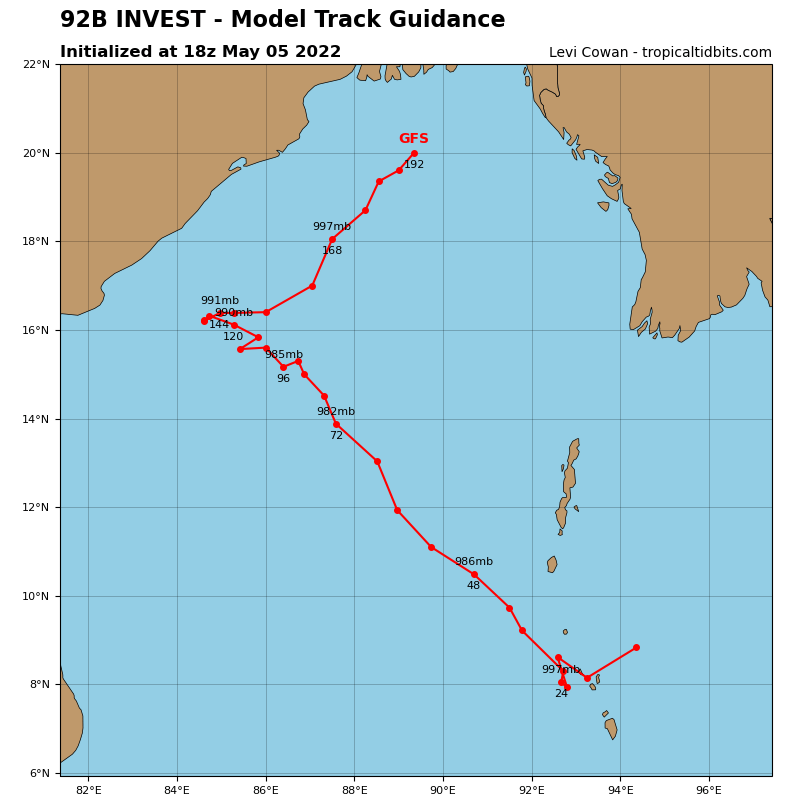 There’s a tropical disturbance being referred to as Invest 92B…which is located approximately 179 NM south of Port Blair.

According to the JTWC…satellite imagery depicts deep but disorganized convection wrapping around a broad, weak low level circulation.

Global model guidance is in good agreement that 92B will track north-northwestward over the next 48-72 hours and gradually organize.

Maximum sustained surface winds are estimated at 15 to 20 knots.

The potential for the development of a significant tropical cyclone within the next 24 hours is upgraded to medium.